Let’s get straight to the point, one of the most common questions that are asked by people when they hear the word ‘termite’ is “do they bite humans?” The answer is typically a no, but sometimes there can be exceptions made. This article looks to briefly evidence those exceptions and keep you in the know so that if you see a termite in future, you will not be so fearful!

The Exception to the Rule 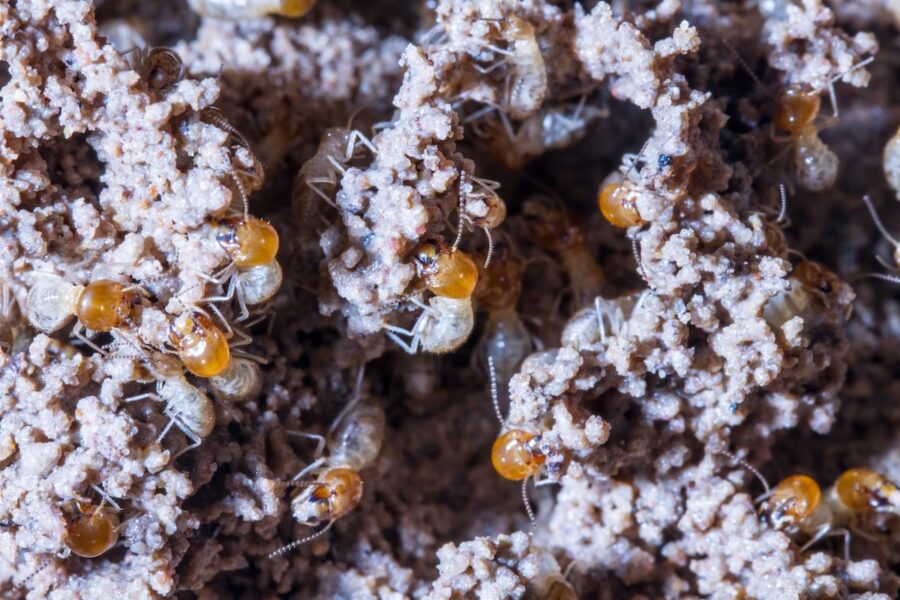 The main exception to the rule when it comes to termites biting humans is the soldier termite. This is a type of termite that is made to protect the colony and the queen termite, so they are by their very nature, more aggressive. A soldier termite has a large head and big jaws that will make it stand out from other variations.

If they do bite you, it will likely resemble that of a mosquito bite in that there will be a little redness and you will feel a little discomfort. Soldier termites also do not have any wings or eyes. In many cases, people will often feel that they have been bitten by a termite, when in fact they have only been bitten by a flea, a bedbug, or a mosquito.

Related:  How To Prevent And Get Rid Of A Leafcutter Ant Infestation

What about winged termites?

With over 25,000 different species of termite, it can be hard to differentiate which type is which, however most of them will have wings. The wings of a termite will serve a particular purpose such as swarming, mating, and reproducing. However, winged termites do not bite people, so while they are not very nice to look at and can be a pain to deal with, they are no real threat to you. However they are likely to damage your house due to their love for wood!

What do I do if a termite bites me? 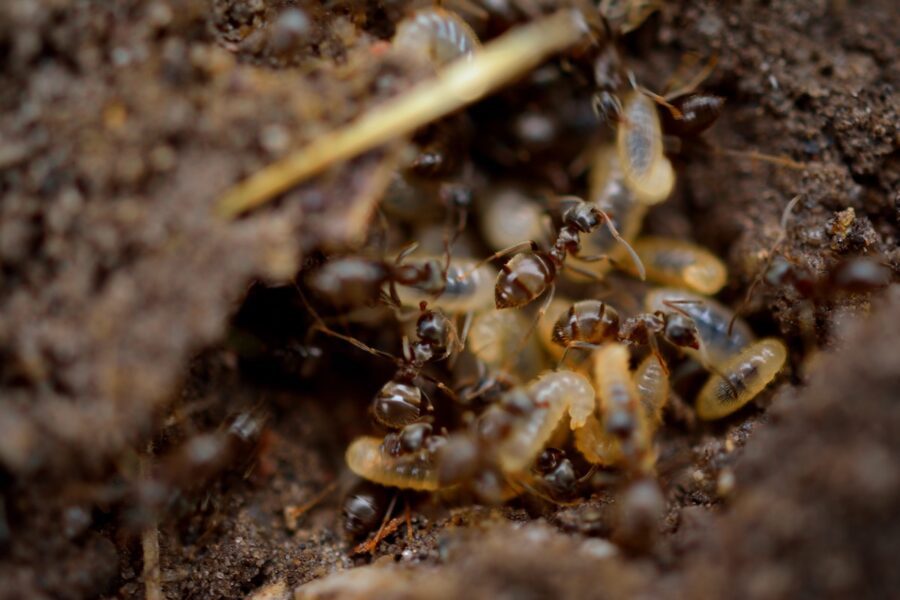 While a bite from a termite is extremely rare, in the case that they do happen, you should know that it is unlikely that you will need any injections to prevent from potential disease because termites do not carry disease as easily as other insects. In saying that, if you are bitten, treat it as if you had been bitten by a mosquito, so try not to scratch it or else you could risk breaking the skin and causing infection or pain. You can also treat it with Calamine lotion to stop the itching and prevent inflammation.

Even though it is unlikely that your bite is from a termite, if you were near a termite nest and noticed bite symptoms, you can take some general precautions at home to treat it just in case. Here are some general tips for treating termite bites.

Related:  6 Obvious Signs of a Cockroach Infestation (And How To Get Rid Of Them) 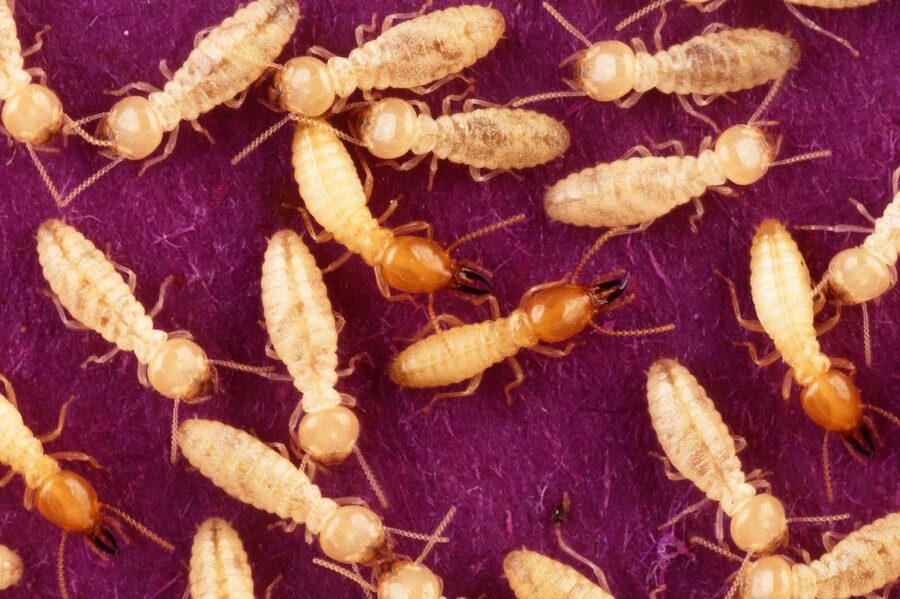 Can you get bitten by termites in the desert?

While not all termites will bite you (including desert termites) you should always be careful. It is also important not to scratch an area that has been bitten or you could make it worse.

What are the main symptoms of a termite bite?

Symptoms and their severity can depend on the person that is bitten. Typically, symptoms of a bite can range from spasms in the throat, abdominal pain, or shock in severe cases. In most cases where there is not some kind of allergic reaction there is either no symptoms at all, or at most, a slight itch.

No, termites will not look to bite humans. Instead, they prefer to eat wood or plant-based matter.

Do termites work in groups?

Yes, if a termite is on its own, it will probably not survive. They are brought up living in colonies and like with many insects, their structure is based upon their living with more of their kind. There are different roles for termites within their colonies. There are king and queen termites, as well as worker and nymph termites too.

How long can a termite live for?

A typical termite will be able to survive for 2 years, however if a colony of termites remain undisturbed, they can reproduce and live for even longer if in optimal conditions.

Related:  What Are Carpenter Ants And Do They Bite Humans?
Can termites do damage to your house?

Yes, a termite can eat a piece of 2-foot 2×4 wood over the course of a year. What makes this worse is the fact that they eat it from the inside out, so it is harder to notice the damage that they cause.

How can I prevent termites from infesting my house?

Getting rid of any open food sources is a good start. Similarly, try to keep your firewood (if you have any) away from the house so that if the termites are attracted to the wood, your house is not right beside it.