As two of the most common types of ant found in North America, many people can often find it hard to separate both the Black Ant and the Carpenter Ant. However, some rather large differences will make telling the difference a lot easier once you understand.

This brief article looks to gloss over the main features of both the Black Ant and the Carpenter Ant and summarize their differences. It will also give you a quick guide on how to protect yourself and your home from ants. 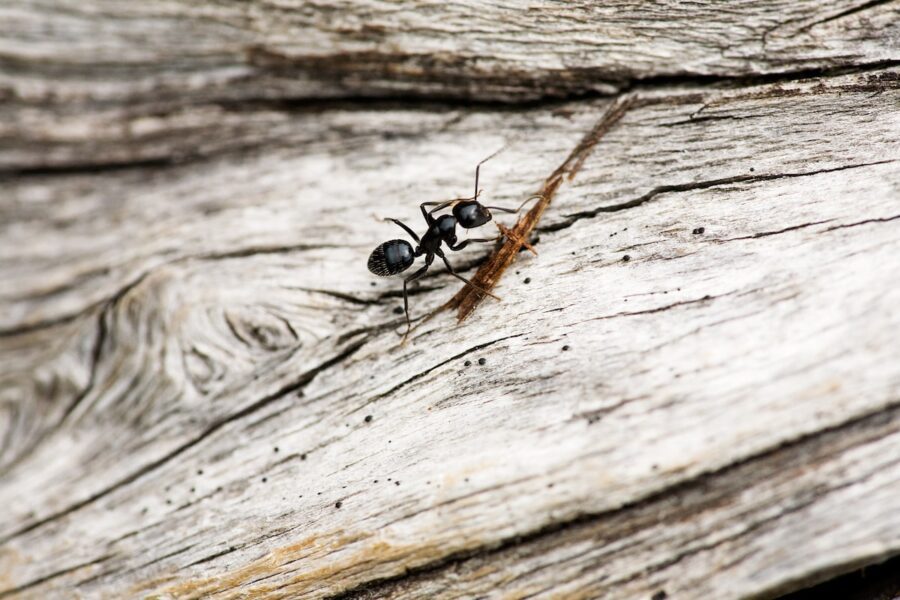 You may or may not be shocked to hear that black ants are, in fact, black. However, some can be dark brown too. They are quite small, measuring around a ¼ of an inch, with their queen ant a little bigger at ½ of an inch. They tend to work in colonies that can range from 4,000-15,000 ants and carry objects far heavier than they are. They have six legs and have a little stinger at their behind.

Black ants are also known as “mono” meaning that they are all the same size; this is in contrast to the Carpenter Ant, which is seen as “poly”, meaning that each worker may differ ever so slightly in size. Black Ants are very common in North America but are also found globally in Europe and Asia.

When it comes to nesting and eating, the black ant will happily nest outdoors but come into homes to look for food. They tend to go for sweet foods and carbohydrates like bread, so avoid leaving any pieces of bread opened or lying around. Importantly, once they have access to the food, they will leave a pheromone trail to allow other ants to follow the same path to get food in the future. Weather and time of year will tend to dictate when Black Ants are most common, but if your home has the right conditions for them to find food, then they can be a problem year-round.

Related:  What Are Carpenter Ants And Do They Bite Humans?

Black Ants will often enter and exit via gaps and cracks in walls, and these points can be targeted with an ant killer or repaired and sealed shut.

If you follow their convoy lines around your home, you will likely follow them to an underground nest outside. If you do, you can apply ant killer directly at the source, which will end them using your house. However, it would be best if you did this quickly because the more chance ants have to feed their colonies, the more ants will grow and reproduce.

Carpenter ants are typically a reddish-brown colour and are one of the largest ant species in the United States. Like all good ants, they have six legs but have a pronounced pincer-like jaw that separates them from other ants. Their thorax is round, as opposed to the smoother thorax of the Black Ant, and their antennae are long and are used to communicate with other Carpenter Ants or fight with everyone else. They are found all over the US as well as in many other countries worldwide.

The only slight difference from country to country is the size of the ant. Like cars and landscapes, the ants in the US and Canada can be much bigger, as with most things. Another notable difference between Carpenter Ants and other ants is that they will look to chew and burrow into the wood around the house.

Related:  Cockroaches: How to Prevent their Spread and Kill Their Eggs

They will use this wood to create living structures for their colonies, hence their “carpenter” name. Common spots to find them are windowsills, under decking, and floor joists.  They will become active at sundown, so you may hear them rustling in wall cavities if you have a colony infestation.

Common Differences Between the Carpenter and Black Ant 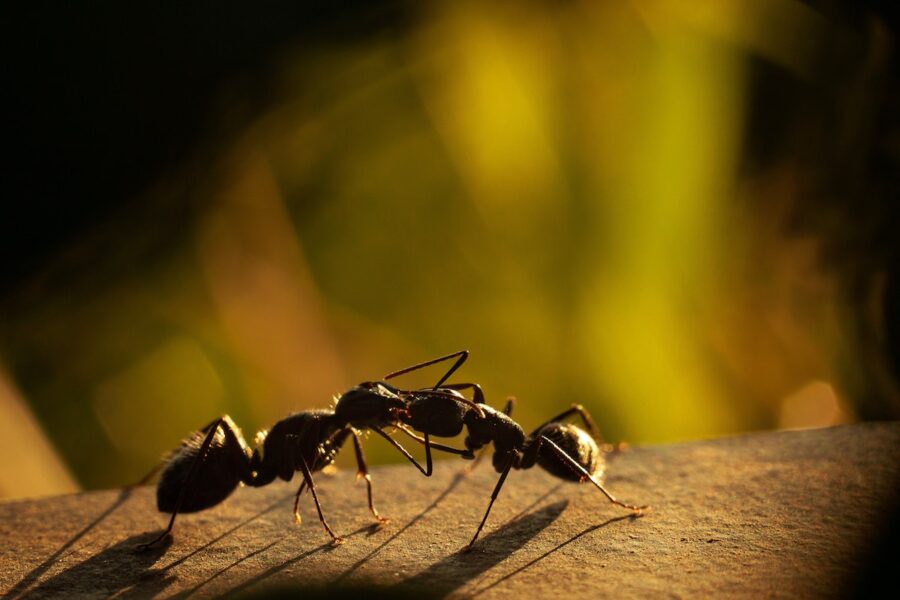 How large can a carpenter ant get in your house?

Typically, a carpenter ant can grow to be ½ of an inch in size if left to live in optimal conditions.

What do carpenter ants do with deadwood?


Related:  How To Deal With Giant Spider Webs Covering Your Trees

Seeing as carpenter ants think of deadwood as being something to house them. These ants will regularly take deadwood and use it to build shelter and houses for the colony. This differs from other insects who may use deadwood as a means to extract nutrients.

What do black ants do for food?

A Black Ant will usually turn to aphids for its food. This is because the aphids produce honeydew, a sticky and sweet sap-like substance that ants love.

When should I look for a black ant in my home?

While there is always a danger of having a colony of black ants in your house if the conditions present themselves, the most common times for having black ants will be June to August. This is because mating season occurs during this time, and the ants will be more likely to multiply.

When do black ants shed their wings?

Usually, after mating is over, both king and queen ants will shed their wings. The female will look to find another colony, and the male will typically die soon after mating.

How do I get rid of carpenter ants?

The best way to get rid of carpenter ants is through the use of hot soap and water. Of course, prevention is the best measure, and by bringing your rubbish out regularly and not letting any garbage or bad smells build up in your home, you can prevent their unwanted arrival.

Where do black ants make nests in the garden?

Black garden ants build their nests in the soil and under various objects, such as stones, wood, construction materials debris, and in hollows and inside some rotten wood.