Flowers are unarguably the most ornamental parts of any flowering plant. Flowers also carry huge sentimental and emotional value. That explains why they’re often given as presents to symbolize a range of emotions, including love, fidelity, and empathy.

Like various other plant parts, flowers also boast therapeutic and aromatherapy properties. Certain flowers like the lotus also have a deep cultural and religious significance.

But no matter how much you think you know about flowers, there’s always some new exciting information to explore. In this post, we’ve put together 40 interesting facts about flowers that will truly blow your mind. 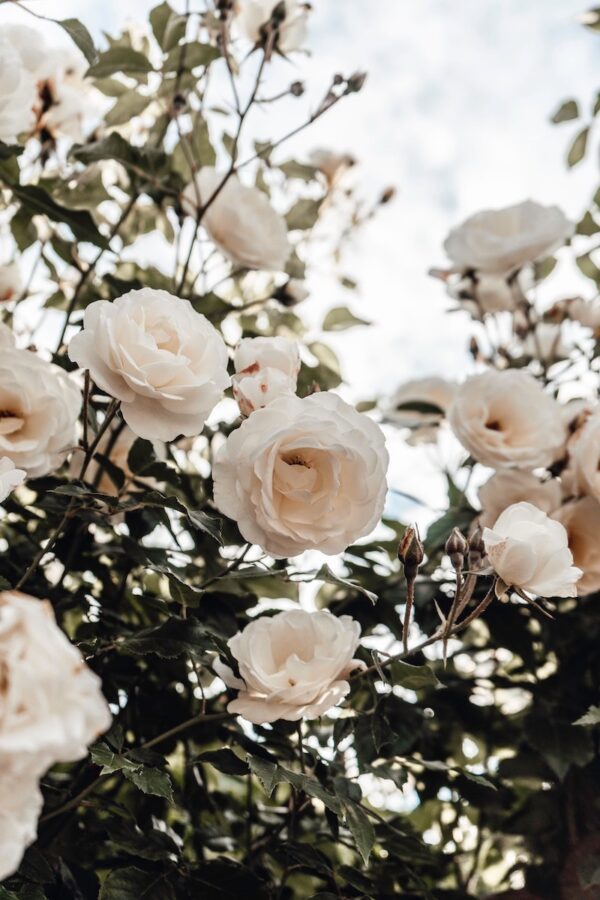 1. Flowers are the official reproductive parts of a plant

You probably already know this, but it warrants repeating anyway. Flowers constitute the official reproductive parts of a plant. Like other organisms, flowers reproduce either sexually or asexually.

2. Flowers are made up of several parts

The visible outside part of a flower constitutes the petals and sepals.

Petals refer to the brightly colored parts of a flower. Sepals are the small green structures that resemble little petals, situated at the base of the flower.

Inside of a flower are the female reproductive parts known as the pistils.

Most pistils look like a regular vase with a prominent long neck. On top of the pistil lies the stigma, while the long neck is called the style. The bottommost part of the stigma is the ovary, which contains ovules – plant versions of female reproduction eggs.

Inside of a flower also lies the male reproductive parts known as stamens.

Stamens are made up of anthers and filaments. Filaments refer to the stiff-like pieces that appear to stand on a string. On top of the filaments are rounded pollen balls called anthers. The pollen can be yellow or orange, depending on a plant’s variety.

Pollination refers to the transfer of pollen grains from the male parts of a flower (anthers) to the female parts (stigma). This process should occur naturally if the anthers are located right above the stigmas. However, pollination is normally aided by a number of agents, including insects, animals, and birds.

As these pollinators gather pollen grains from the flowers, some of these pollens stick to their bodies. When they visit other flowers for more pollen, the pollen from the previous flowers accidentally fall off into the pistils of the new flowers. The pollens then fertilize the eggs inside the new flower’s ovaries, leading to the formation of seeds.

Related:  The Importance of Fertilization in Plants 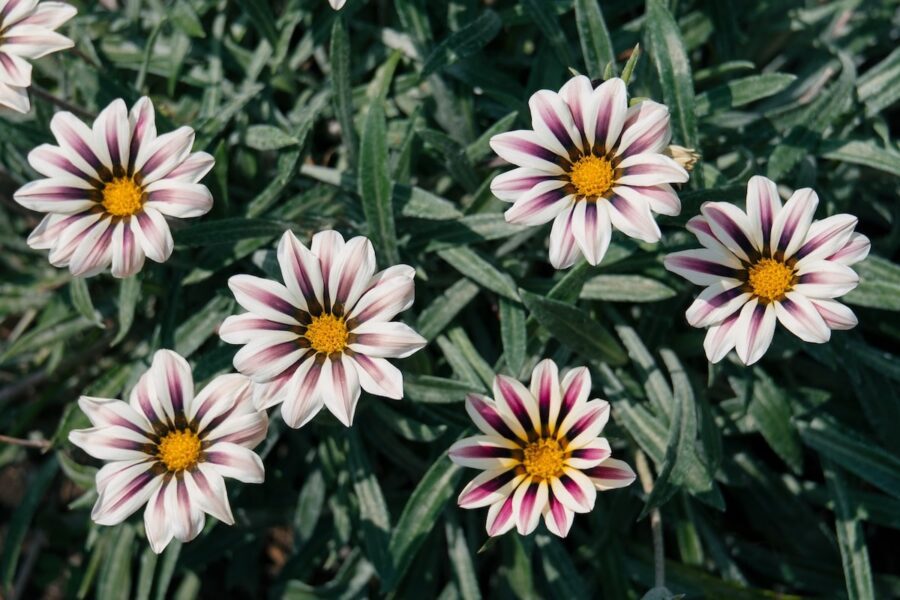 5. Certain flowers have a love affair with bees

Did you know that some flowers only release their pollen grains when they feel a bee buzzing on them? Well, now you do.

6. Flowers also have a sweet tooth

Cut flowers tend to remain fresher for longer when soaked in sugary or citrusy water.

Bats may not be as popular flower pollinators compared to bees. However, these flying mammals have been giving bees a run for their money as far as flower pollination is concerned.

In fact, there’s a bat species in Mexico that feeds exclusively on nectar from cactus flowers.

Flowers appeared some 140 million years ago. Before that, trees bearing cones and ferns dominated the earth.

The oldest flower in the world, an Archaefructus sinensis species christened “the Mother of All Flowers,” is believed to have first bloomed in China.

The flower was discovered in archeological fossils back in 2002, during which time it was dated 125 million years back.

10. There are hundreds of thousands of flower species 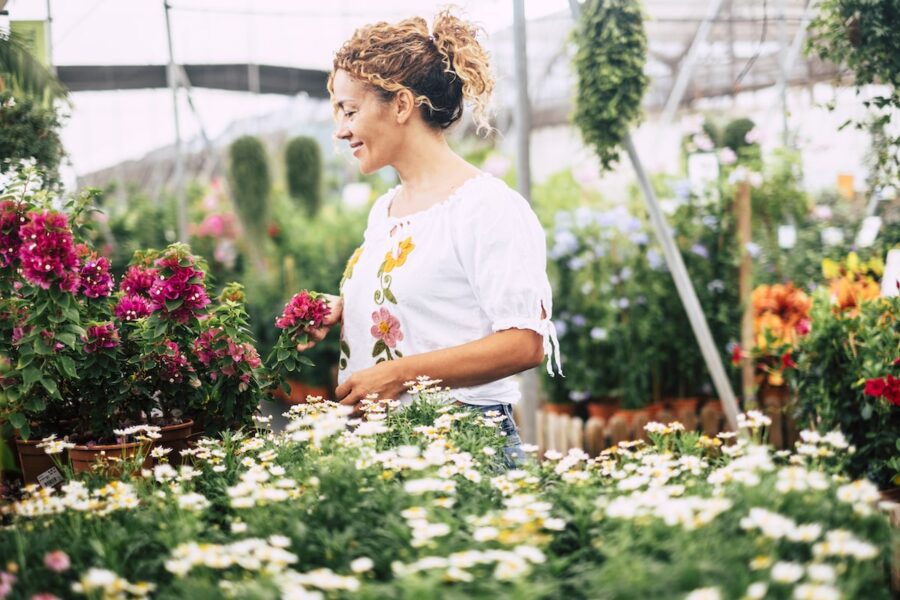 11. 25% of flowers may go extinct in the not-so-distant future

Many plant species are threatened with extinction, with 25% of all flowers believed to be at risk.

12. Some flowers have no chlorophyll

Certain flower species have no chlorophyll – the green coloring matter in all green plants. The ghost flower is a notable mention.

13. Soil isn’t a basic requirement for some flowers to flourish

Flowers like orchids don’t need soil to grow. Instead, they derive all their essential nutrients from the air.

14. Rose is the most widely distributed flower

Obviously, this varies from one region to another. But out of the 270,000 flower species out there, rose species account for about 35,000.

15. North America received its first rose flower in the 1600s

According to documented history, French explore Samuel de Champlain delivered the first roses to North America in the 1600s.

While you can find a rose flower just about anywhere, there are only two known examples of the Middlemist Red flower.

17. White flowers have more fragrance than colored ones

Related:  The Ultimate Guide To Growing And Caring For Philodendron Rojo Congo

White may not be such a fancy color. But white flowers generally smell stronger than their colored counterparts. Sounds counterintuitive, right?

In 2010, about 198 million roses were produced specifically for Valentine’s Day.

20. Water Lily is the world’s most beautiful flower

Water Lily holds the title of the most enchanting flower in the world.

An orchid species recently discovered in Madagascar, known as Gastrodia agnicellus, produces the ugliest flower in the world.

The plant itself is so ugly that botanists labeled it the “ugliest orchid in the world.”

22. The Black Bat Flower is the most unique flower

The Black Bat Flower resembles a bat, which explains its moniker. The flower is characterized by its long droopy whisker-like stamens. It also sports the rarest flower color – black. 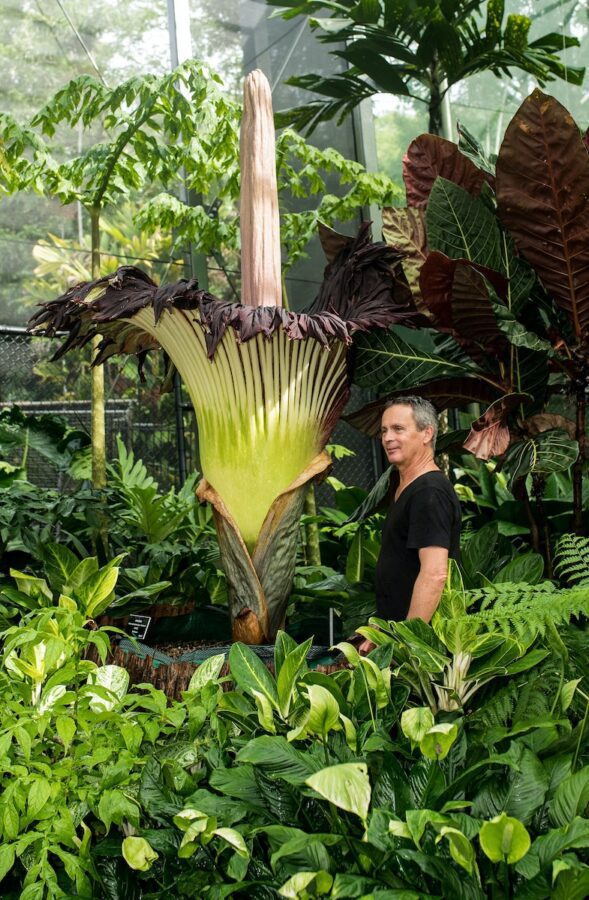 The world’s largest unbranched flower can grow up to twelve feet tall, spread up to three feet wide, and weigh a jaw-dropping 24 pounds. The flower is known as the Titan arum.

24. But flowers can also be really small

Wolffia globosa or Watermeal is the world’s smallest flower. The flower grows on a plant the size of a rice grain, with the flower situated in a small hole on the plant’s surface.

25. Not all flowers smell nice

While you’re probably used to sweet-smelling flowers, some flower species can give off repulsive odors.

The “smelliest flower in the world” title goes to Titan arum. The flower smells like a rotting dead body, which explains why it’s commonly referred to as the “corpse flower.”

26. Tulips were once more valuable than gold

In the 17th century, tulips were considered more valuable than precious metals (including gold) in the Netherlands.

Unconfirmed reports indicate that a bulk of tulips could fetch upwards of $2,000.

27. Tulips are also popular in the culinary world

Tulips are common replacements for onions and garlic in recipes. That’s due to their inviting aroma and high nutritious value.

After eight years of development, a Shenzhen Nongke Orchid was sold for a jaw-dropping amount of $200,000 at an auction.

29. About 20 million flowers have been sold in a single day at an auction

The world’s largest flower auction took place in the Netherlands. Around 20 million flowers were sold in a day.

30. Flowers have their own language system

There’s an entire language system based on flowers. It’s known as floriography. In floriography, flowers don’t represent actual words but feelings and emotions.

31. Sunflowers love basking in the sun 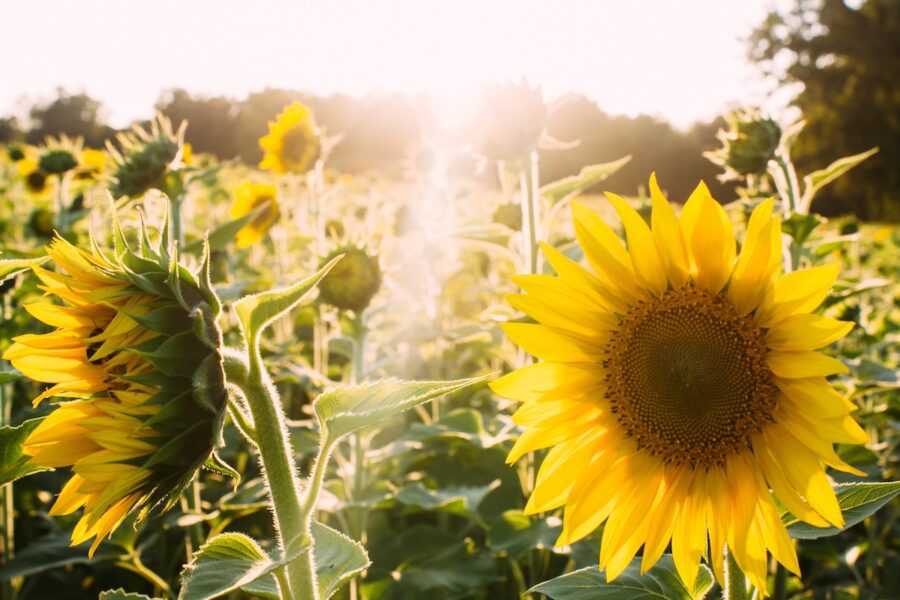 Do you know why sunflowers are so named? Well, that’s because the heads of these flowers constantly change direction throughout the day to point towards the sun as it rotates from east to west.

Besides their delicate white and pink blooms, gas plants have another unique feature. The flowers produced by these plants emit a colorless gas on warm nights, which some people believe can be ignited.

34. Agave flowers bloom only once

Aptly named “the century plant,” the agave plant can flourish for years without producing any flowers. Then, the plant produces a single flower at the end of its life, after which it dies.

35. The lotus flower can “aestivate”

The lotus flower is capable of lying dormant for years during droughts, only to bloom when the ground gets damp again.

I can bet you didn’t see this one coming.

37. Angelica may have had angelic powers

Ancient Europeans used angelica to cure a range of ailments, including indigestion and the bubonic plague. More interestingly, the flower was believed to ward off evil spirits.

38. The wild thistle might have saved an entire generation from perishing

It’s reported that when the Vikings invaded Scotland centuries ago, they were slowed down by patches of wild thistle. This allowed the Scots ample time to escape. Consequently, the wild thistle became Scotland’s national flower. 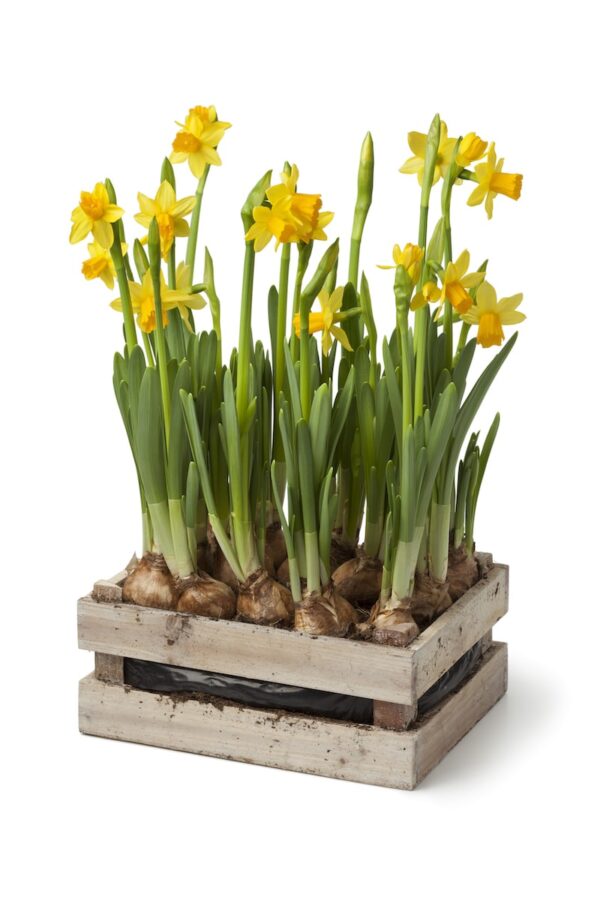 Don’t let their striking resemblance fool you. Daffodil bulbs are actually highly toxic and should never be used as replacements for onions.

40. The Oleander was the first flower to bloom in Hiroshima following the atomic bomb explosion of 1945

Perhaps this was a signal that Japan could rise from the ashes of the 1945 atomic bombing of the city of Hiroshima. The city went ahead to adopt the Oleander as its official flower. 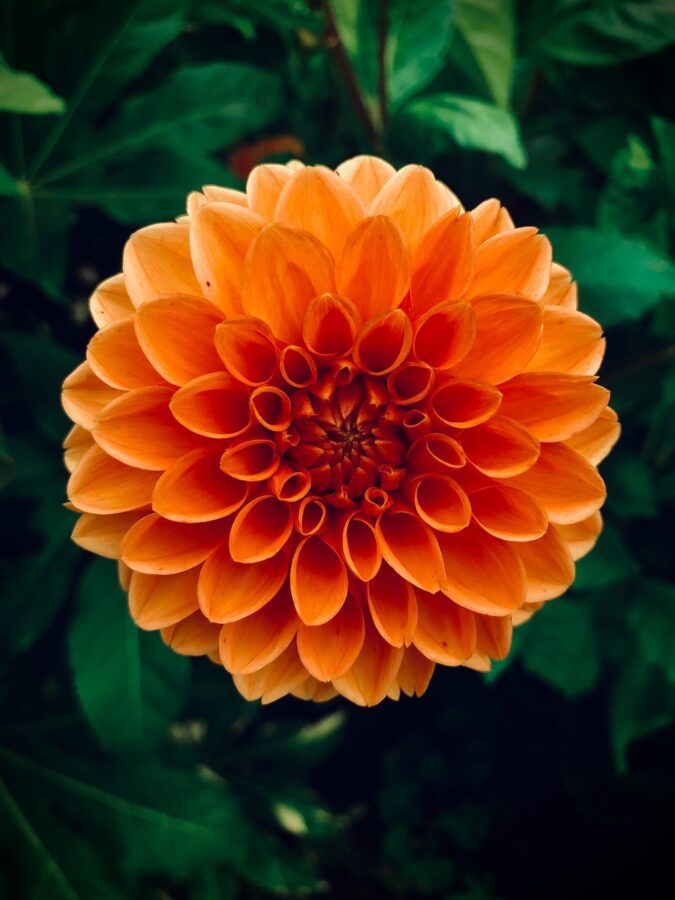 There are evidently so much to learn about flowers besides their beauty and emotional significance.

Let us know in the comments section if you have some fun flower facts you’d like for us to add to the list.