What Is An Acre?

The SI unit of area is square meter (m2). But like all other quantities, such as length and volume, area can also be expressed in terms other non-SI units. One such unit is acre, commonly abbreviated as ac.

An acre is a derived unit of area equivalent to 43,560 square feet or 4,840 square yards. The unit is commonly used to quantify land sizes in the British Imperial as well as the United States Customary systems. Acre is also a popular unit of land measurement in many Commonwealth countries.

This post shall serve as a definitive guide to acre as a unit of measurement. Some of the aspects the article shall explore include the history of the acre, how this unit of measurement compares to other derived units of area, and visual examples of what an acre of land measures.

History of the Acre

The idea of the acre was first conceived around the Middle Ages.

Traditionally, an acre was understood as a size of land that one man could plow in one day using a yoke of oxen. This area was conceived as forty perches long and four perches wide, which works out as 660 feet or one furlong by 66 feet.

Note that ‘furlong’ is an old English word that translates to ‘a furrow long.’ That further explains the original conceptualization of an acre as being a land size that could be plowed by one man in a single day using a team of oxen.

Application of the Acre 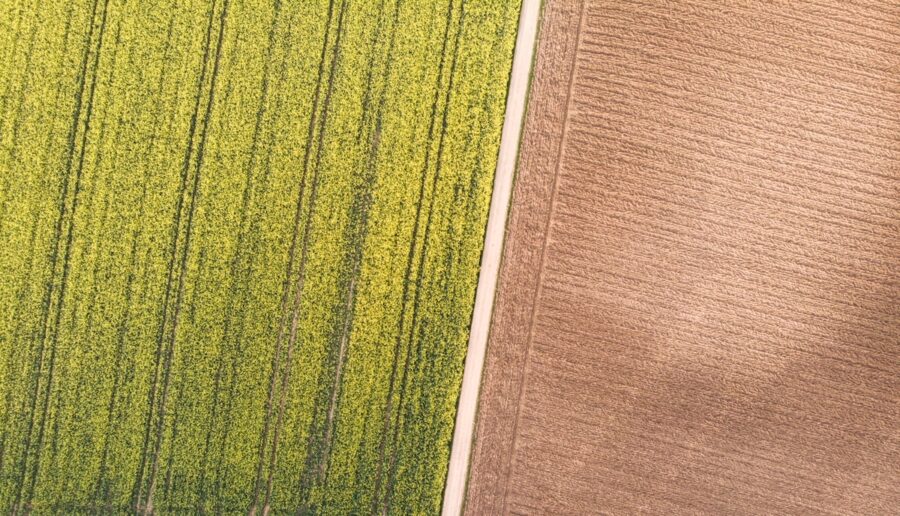 An acre may be one of the common derived units of area. However, this unit of measurement is only applicable in certain scenarios.

First, acre as a unit of measurement is commonly used when quantifying the size of agricultural land. That’s perfectly understandable, considering that the term was conceptualized with respect to land cultivation.

Related:  What do Garden Snakes Eat? Meet Their Interesting Menu!

The terms ‘acre’ and ‘acreage’ are often used interchangeably. However, these words do not denote the same thing.

As already explained, an acre is a derived unit of area typically used to measure land sizes. On the other hand, acreage refers to an amount of land determined using acres as a unit of measurement.

The term ‘acreage’ is commonly used when quantifying the size of land before buying or selling it. And the land in question is usually more than one acre big.

Confusions between ‘acre’ and ‘hectare’ are also common. But despite the near-similarities in pronunciation, these terms differ fundamentally in meaning and application.

A hectare is a unit of measurement equivalent to 10,000 square meters. One hectare equals 2.471 acres, measured in the British Imperial System.

Acre Compared To Other Units of Measurement 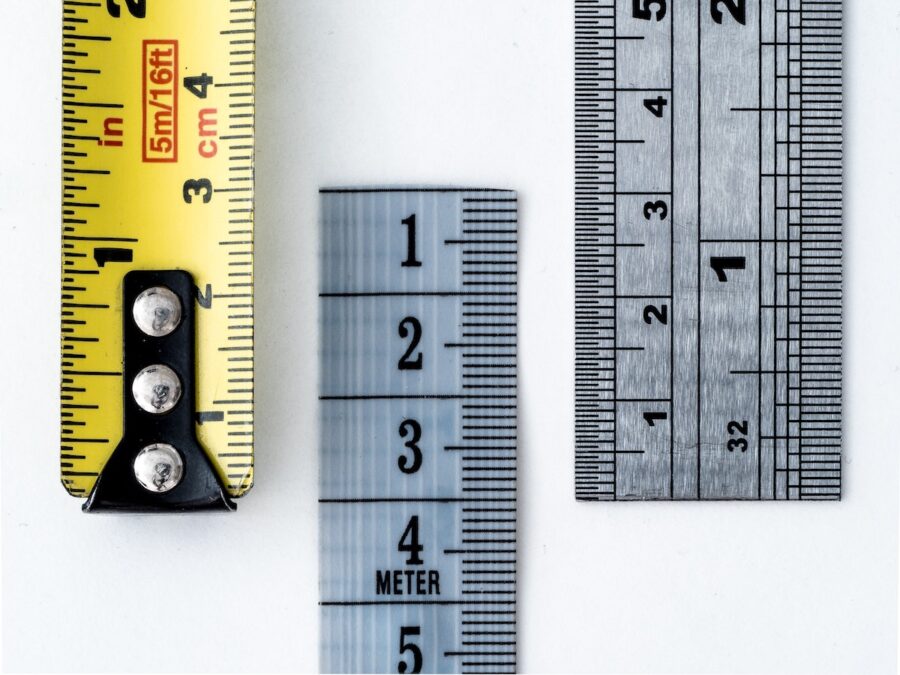 Although an acre is the unit of area traditionally used to measure the amount of land, there are several other units that can serve the same purpose. It’s important to understand the relationship between an acre and other units of area. That’s especially if you’re based in a country that predominantly uses other units of land measurement instead of the acre.

Below is an overview of how other units of area compare to one acre:

What Geometric Shape Does An Acre Represent?

Related:  An Easy Guide To Help You Grow And Care For The Sweet Potato Vine

The only requirement for a piece of land to be expressed in terms of acreage is that it must be at least two-dimensional. In other words, the tract of land in question can be a square, rectangle, parallelogram, or even rhombus.

Besides two-dimensional shapes like squares and rectangles, you can also apply the acre when quantifying the size of land that’s triangular in shape. The same is true for tracts of land that exist in polygons, such as pentagons, hexagons, heptagons, etc.

In a nutshell, any piece of land whose size can be expressed in square meters can also be measured in acres.

What Dimensions Can’t You Quantify In Acres? 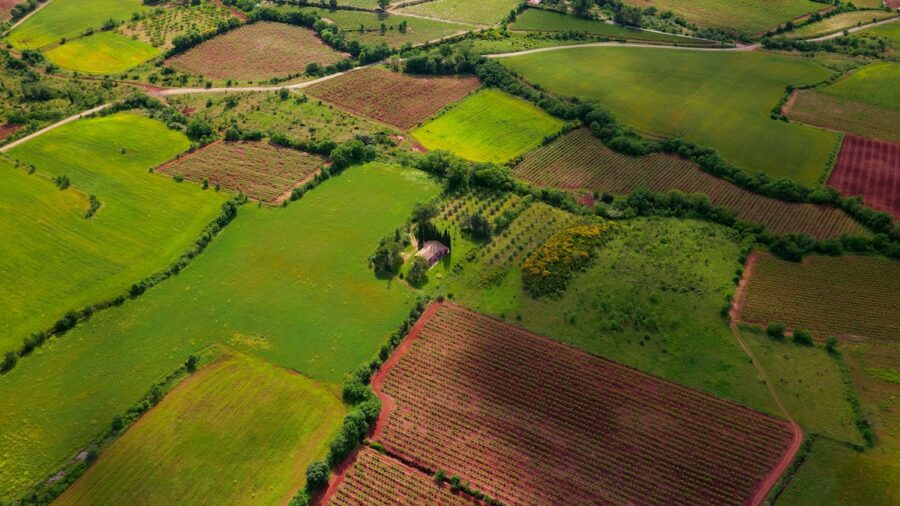 You cannot use the acre to determine the length of a piece of land. That’s for the simple reason that length is a one-dimensional quantity.

The SI unit of length is meters (m), as opposed to area, which is square meters (m2). In other words, you can only determine the length of a tract of land along one and not two dimensions.

Is The Acre Standard Worldwide?

We defined an acre as an area of land equivalent to 43,560 square feet or 4,840 square yards. However, these values are generally based on the United States and British systems. As you shall find, the value of an acre isn’t consistent worldwide.

There’s also a special type of acre known as the ‘commercial acre.’ The commercial acre is an invention of US real estate agencies.

US realtors coined the concept of commercial acre as a standard for measuring the land size in large cities, taking into account deductions for roads, sidewalks, and alleyways. Although the concept is yet to achieve mainstream recognition across all fifty states, it’s already a legally-acceptable term in some jurisdictions.

Last but not least, there’s the Puerto Rican acre, which is equivalent to 0.97 standard acres. This acre is sometimes known as the ‘Spanish acre,’ especially in the United States.

Visual Examples of One Acre 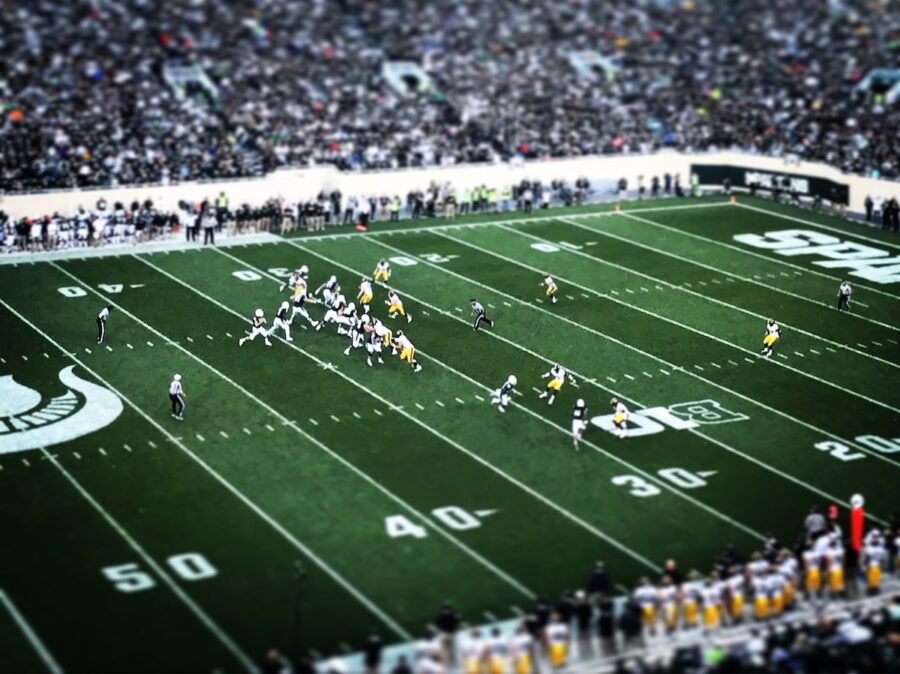 You can visualize an acre as approximately 60% of a soccer field. The exact measurement of a football field is 48,000 square feet. That’s 4,400 square feet more than a standard acre.

Here are additional examples of pictorial descriptions of an acre:

• 75% of an American football pitch
• 16 tennis courts, arranged in a 4 x 4 formation
• A car park containing 150 small cars parked in a square formation

Other Areas of Land Based On the Acre

The earth’s surface is 126 billion acres. That includes both continental and oceanic land.

Below are other examples of popular areas of land measured in acres:

There goes our definitive guide to the size of an acre. Whether you’re a realtor, farmer, or just a knowledge seeker looking for information on the average size of an acre, we hope you found this article quite resourceful.