China is known for a number of things, including its love for martial arts as well as its rich collection of delectable cuisines. The country also stands out for its long history of technological inventions. Not to mention its vast range of architectural marvels, such as the Great Wall and the Forbidden City.

For nature lovers and plant enthusiasts, China also teems with thousands of charming tree species to check out. The country boasts at least 30,000 genera of diverse plants, with scores of species under each genus.

However, the Chinese tend to be quite choosy about the types of trees to plant in their home gardens. Preference is usually given to trees with medicinal, ornamental, landscaping, and culinary benefits.

Tree symbolism also plays a crucial role in determining whether or not to have it in home gardens. Certain trees are associated with good luck, while others are believed to bring misfortune. Some could have more profound spiritual meanings, depending on the grower.

The following is a collection of the 12 most iconic trees found in China.

China fir is an evergreen coniferous tree from the Taxodiaceae family. The tree grows natively in the forests of China and Taiwan. It particularly thrives in sunny and partially shaded habitats with average humidity and moderate wind.

Mature China firs can reach a height of 75 feet and spread up to 30 feet wide.

The tree stands out for its flat, spiky green to bluish-green needless that grow upwards into a picturesque arch around the stem. It’s also characterized by its nondescript flowers and small cones that appear in clusters of three or more. 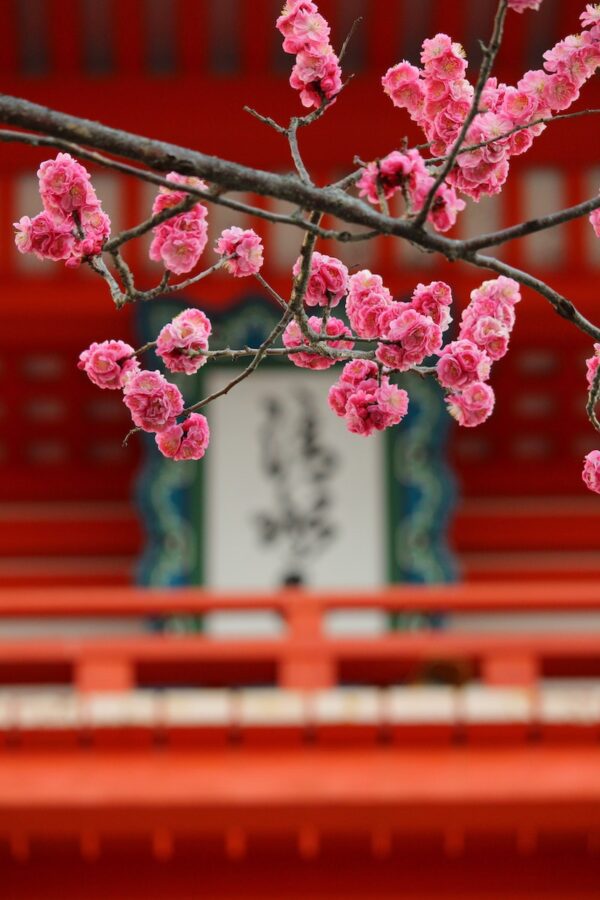 Prunus mume, commonly known as plum blossom, not only has a cute name. It’s also one of the most beautiful trees to add to your home garden.

This deciduous tree traces its origin in the Yangtze River located in the south of China. Besides thriving along the streams, plum blossom also does well in sparse forests and highland slopes.

Plum blossom goes by numerous other names, depending on the specific region it’s cultivated. Common names include Chinese plum, Japanese apricot, and Japanese plum. Going by its etymological variations, it’s safe to conclude that the plum blossom shares close relationships with both the plum and apricot trees.

The deciduous Katsura tree thrives in moist and well-drained soils. It also prefers areas with unlimited sunshine and partial shades.

In ideal conditions, the tree can comfortably grow to 70 feet high and 50 feet wide. Its crown starts out as pyramidal but later changes to a rounded shape as the tree matures.

Besides its magnificent crown, Katsura tree also stands out for its 4-inch-long leaves that turn into a magical spectacle of crimson, orange, or yellow hues in summer. The leaves also have a characteristic burnt sugar aroma.

Gutt-percha Tree is a relatively smaller tree, reaching a height of 15 meters. The tree is ranked amongst the endangered species. That makes it a top option for cultivating in protected home gardens.

In China, the Gutt-percha is mainly grown for its bark, which is thought to have medicinal properties.

The tree is also a staple raw material in the rubber-producing industry, thanks to its bark which is rich in latex.

Related:  10 Different Types of Pothos You Can Add To Your Garden 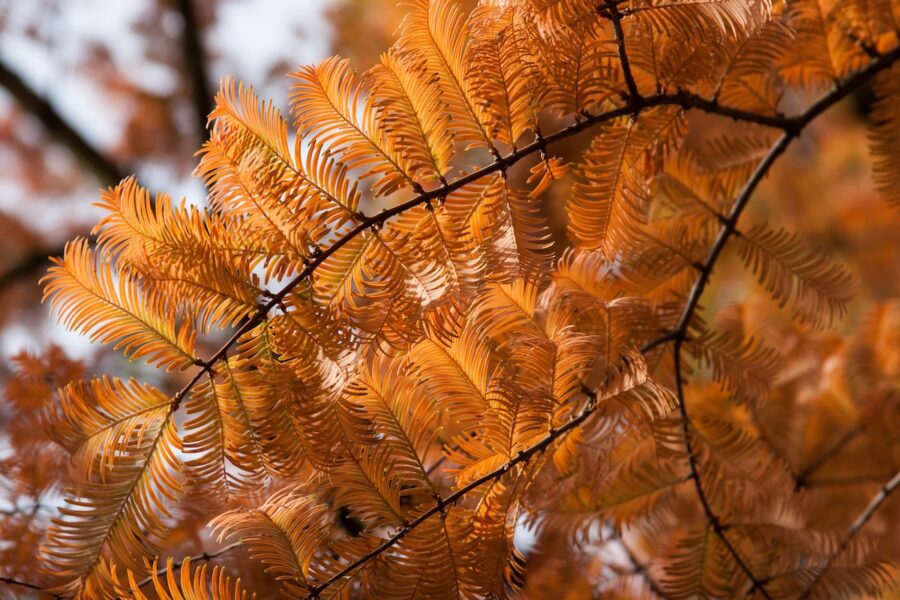 The Dawn Redwood is a fast-growing plant species that’s only native to parts of south-central China.

The tree has been listed as “endangered” by the International Union for Conservation of Nature (IUCN) Red List and is currently under China’s national protection.

Mainly grown for ornamental purposes, the Dawn Redwood is characterized by its soft, feather-like leaves.

The Babylon willow, also known as weeping willow, is a medium-sized willow species that grows natively in the dry regions of northern China.

Much like the Red Dawn Redwood, the Babylon willow is a rapid grower. However, the tree has a relatively short lifespan, typically between 40 and 75 years.

Yunnan Cypress is a coniferous tree species widespread in the western hills of southern Kumming as well as the dry hills of Central Yunnan, from where it gets its name. However, the tree is more native to the Chinese gorges of Langcang, Jinsha, and Nu Rivers.

Yunnan cypress grows to a height of 25 meters. Its crown starts out as conical but becomes broadly domed as the tree ages.

Although yet to be formally declared an endangered species, the population of Yunnan cypress has been on a consistent decline. That’s mainly due to overexploitation and poor regeneration. 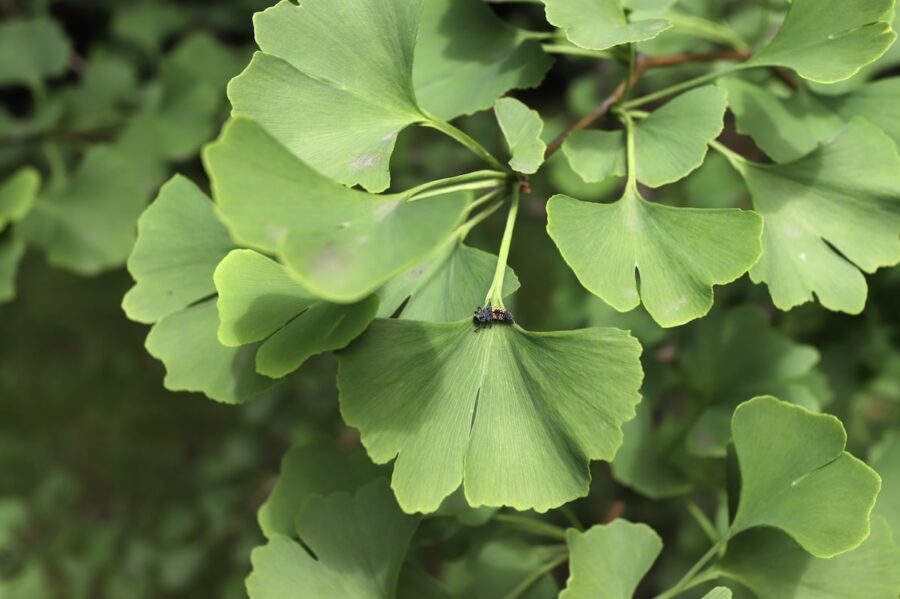 Also known as Maidenhair Tree, Ginkgo biloba is a deciduous plant that can achieve a height of 35 meters and spread up to 10 meters wide.

The Maidenhair tree features fan-shaped leaves. In spring, the tree produces clusters of yellow cylindrical male flowers as well as a single round female blossom.

The Yulan magnolia is a rapid-growing, ornamental tree that reaches a height of 40 feet and sports a broad, rounded crown.

The tree is probably best known for its beautiful white flower blossoms that exude a heady fragrance in spring.

Yulan magnolia’s other defining feature is its 7-inch-long leathery leaves that give way to large, brown cones when autumn sets in.

The Happy Tree is another plant on this list that thrives along the warm, humid shores of the Yangtse River in China.

Extracts from the tree have been used in traditional Chinese medicine from time immemorial to manage a host of medical conditions, including liver problems, digestive complications, and psoriasis.

Mature Happy Trees can grow to a modest height of 20 meters, during which they produce white or yellow flower blossoms that appear in spherical clusters.

The Dove Tree is a fast-growing tree that’s highly abundant in the southwest and south-central China. The tree is characterized by its large, heart-shaped leaves.

Dove Trees blossom in May. During this time, they turn into a spectacle of tightly-clustered reddish flowers.

The base of each dove tree lies low-hanging white bracts that act as petals. The tree gets its name from the fact that when the wind blows, these petals flutter like the wings of white doves.

Nicknamed the “plant panda,” cathaya is a Chinese tree that grows natively on the steep mountain slopes located in southern China.

The tree has been labeled endangered and is currently under China’s first-class protection.

Cathaya’s crowning glory is its needle-like leaves which can grow to 2.5 – 5 centimeters long. 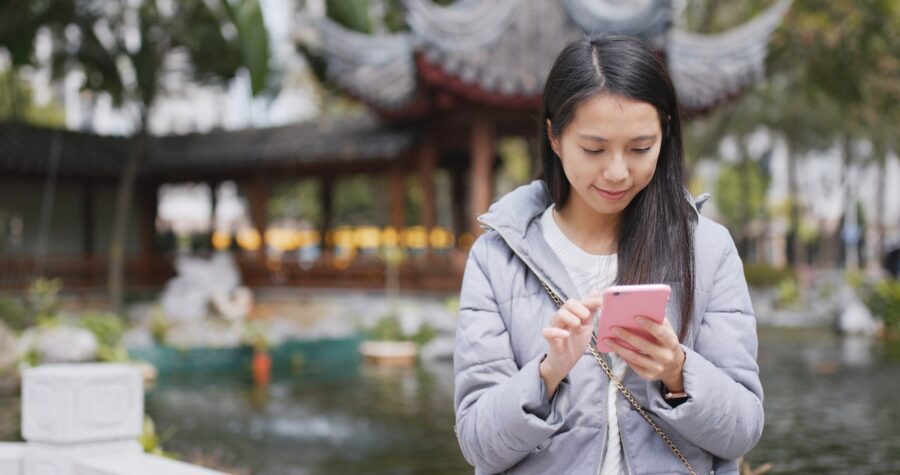 There are thousands of tree species native to China. But the above collection is a great place to begin your search for the top ornamental Chinese trees to add to your home garden.

As a parting shot, it would be more ecologically conscious to consider cultivating endangered trees as a way of preserving these species.