The COVID-19 pandemic has necessitated a raft of new normals, one of which is working from home. Various governments and corporate institutions around the world introduced “working from home” as one of the measures to enforce social distance in a bid to curb the spread of the deadly virus.

But while working from home limits social interactions, it increases your interactions with electronic gadgets and other home appliances. You’re either sitting in front of a laptop completing official assignments or lying in the couch catching up on the latest COVID-19 updates. And during meal breaks, you’ll inevitably find yourself interacting with your kitchen appliances.

Now, the increased interactions with electronic and electrical appliances enhances your exposure to harmful radiation. You can tell that you’ve been exposed to radiation if you frequently experience the following symptoms:

Fortunately, studies have shown that certain plants could actively absorb radiation from the environment. Having these plants in your house may go a long way in protecting you from the harmful effects of electromagnetic radiation. That’s in addition to maximizing your interior décor.

In this post, we uncover the top 10 plants that fight the radiation and EMF emitted by your home appliances. 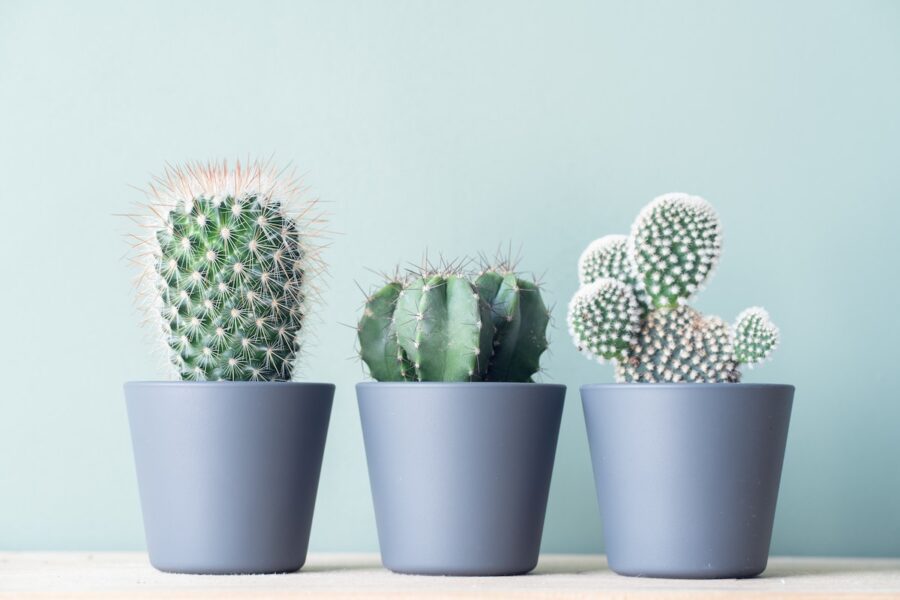 Cactus is a popular desert plant characterized by its fleshy, usually spiky leaves and stems. The plant has shown remarkable promise in absorbing radiation from the environment.

According to a NASA-sponsored home-based study conducted in 2005, cactus emerged as one of the top plants capable of absorbing harmful radiation from electronic devices.

One notable benefit of cacti, besides their ability to reduce the harmful effects of EMF, is that these plants are fairly easy to grow. The fact that cacti naturally thrive in arid areas implies that they require minimal maintenance. So, if you’re looking for an effective radiation-fighting, low-maintenance plant, cactus is probably the best choice on this list.

Aloe vera needs no introduction. At least not in the alternative medicine sector. The plant has been used from time immemorial to cure a number of ailments, ranging from bacterial to fungal infections. And now, it turns out that Aloe vera might also reduce your exposure to harmful electromagnetic radiation.

Unlike cactus, Aloe vera needs a little bit of maintenance. A huge part of that maintenance entails regular watering to keep the plant’s stems succulent enough, just in case you need to use them during medical emergencies.

However, Aloe vera is far more beautiful than cactus. So, you might consider it if you’re looking for a radiation-fighting plant that can also complement your home décor. Besides, the plant offers numerous other benefits. Examples include neutralizing bad odors and killing harmful micro-organisms in the air. 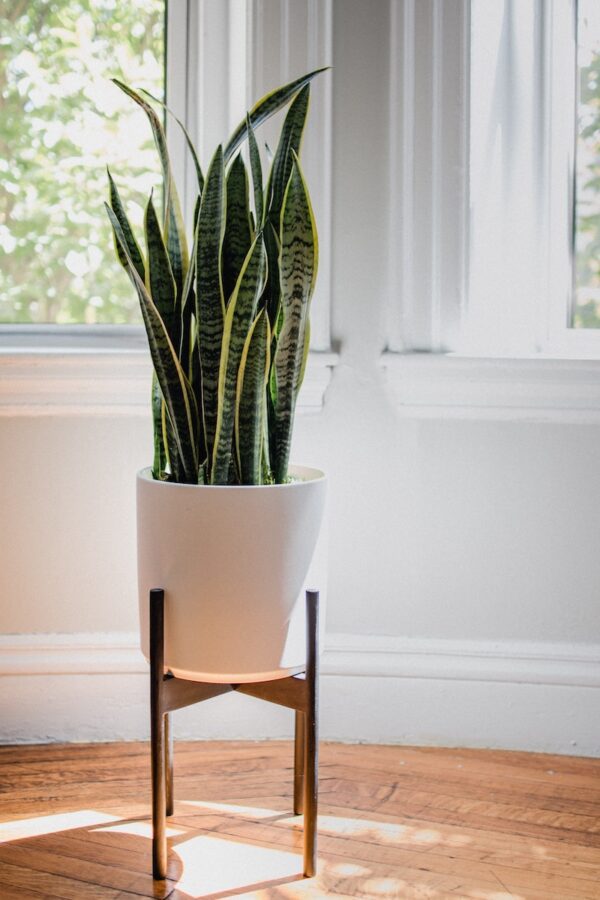 Also known as Sansevieria, the snake plant is another powerful radiation-fighting plant to consider growing in your home or office. The plant is noted for its outstanding beauty and is one of the go-to tree decoration preferences in most offices with laptops and other electronic gadgets.

In addition to absorbing harmful radiation, the snake plant is also effective at converting carbon dioxide into oxygen. That makes it another great option for those looking for a plant that boosts air purification.

The snake plant is also a low-maintenance plant that requires minimal watering and monitoring. Plus, it’s highly versatile and can do well in a variety of pots. 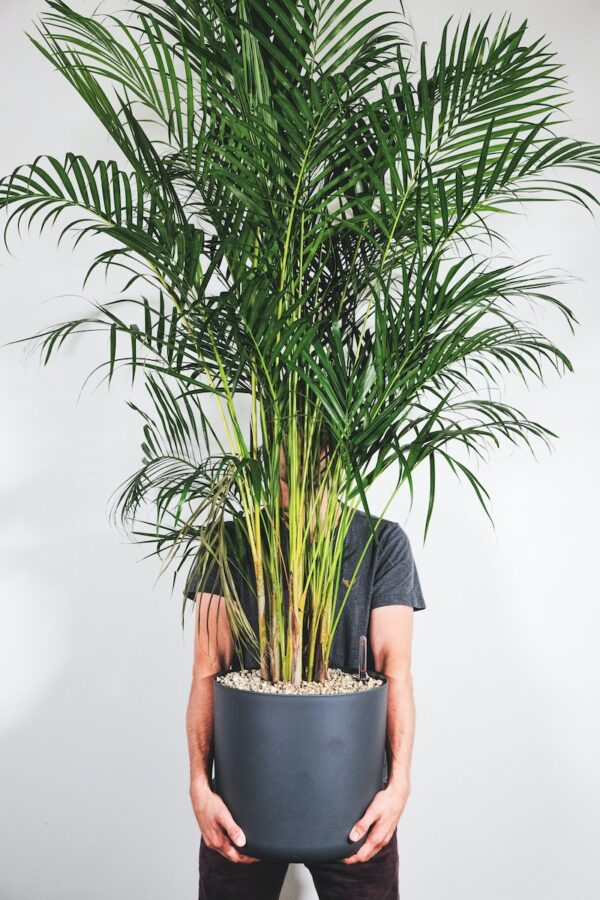 Areca Palm has gained a reputation in the horticultural community for its incredible air-purification abilities. The plant is also noted for its cooling properties. That’s because it emits a decent amount of water vapor, which might help to counter the effects of warmer or drier temperatures.

But the most exciting part about having areca palm in your home is its radiation-absorbing properties.

Areca palm also scores fairly high in the aesthetics spectrum. And although they give off a reasonable amount of water vapor, areca palms are relatively low-maintenance indoor plants. 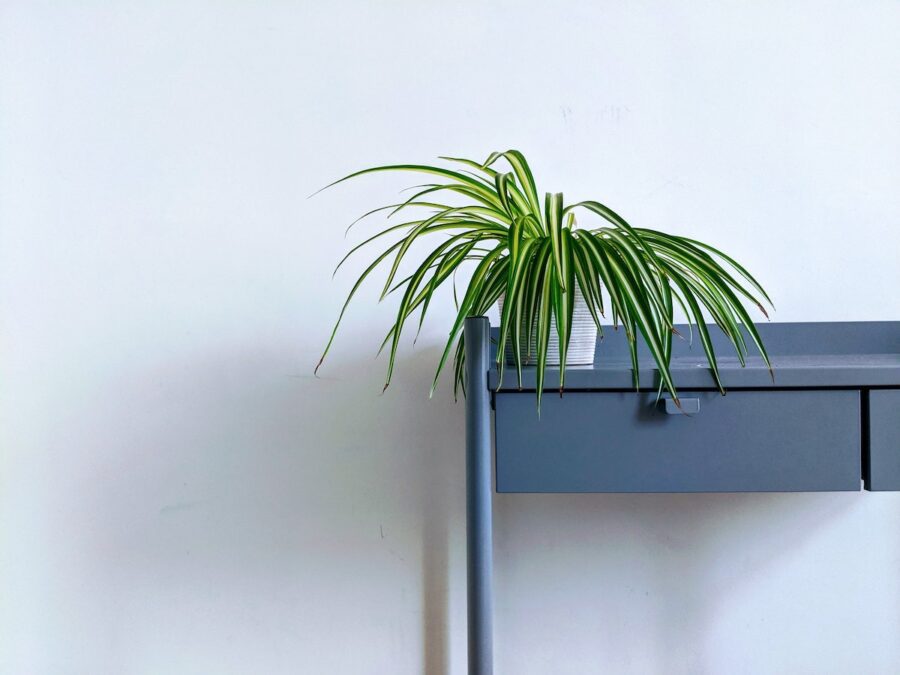 Spider plant goes by numerous other names, including chlorophytumcomosum and airplane plant. It’s a common type of succulent plants that’s capable of neutralizing a variety of pollution, including cleaning out certain toxic compounds like Aldehyde and formic acid.

Related:  What’s The Meaning of ‘No Rain, No Flowers?’

Note that Aldehyde and formic acid are highly carcinogenic compounds. So, neutralizing their effects is a proactive way of reducing your risks of developing certain cancers, particularly lung cancer.

Due to spider plant’s ability to clean out toxic compounds, the plant has also been touted as an effective absorber of electromagnetic radiation. 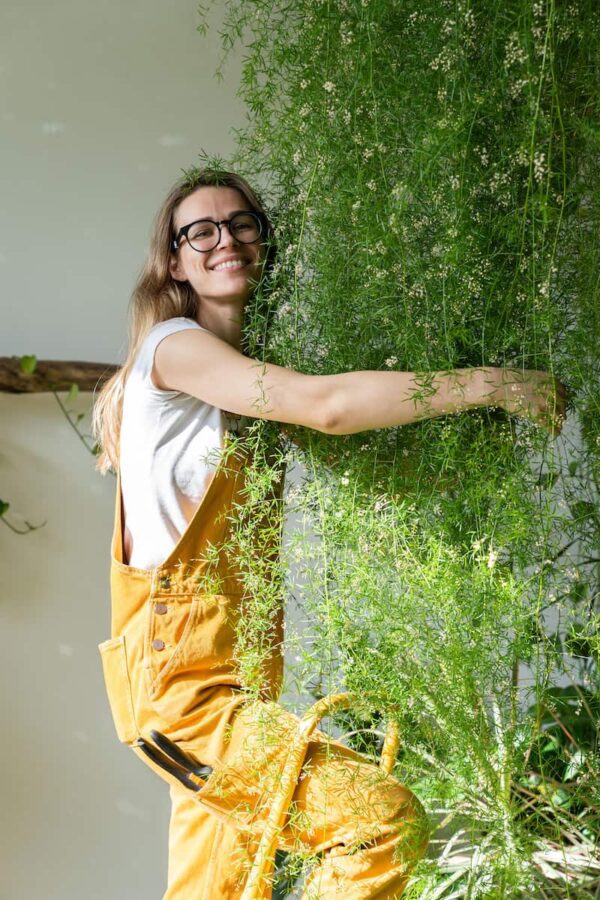 Asparagus is a popular choice for people who prefer decorating their homes or offices with a fern plant. The plant stands out for its lush and vibrant nature.

Asparagus also boasts radiation-absorbing qualities and may help in cleaning out electromagnetic radiation emitted by your appliances. The plant also contains antioxidant properties, which might help to guard against the damage resulting from exposure to gamma rays. Plus, it exudes a lovely fragrance that can neutralize bad odor.

However, note that asparagus is a relatively high-maintenance indoor plant that requires regular watering. It’s also best to fertilize the plant occasionally as a way of supplementing it with essential nutrients. 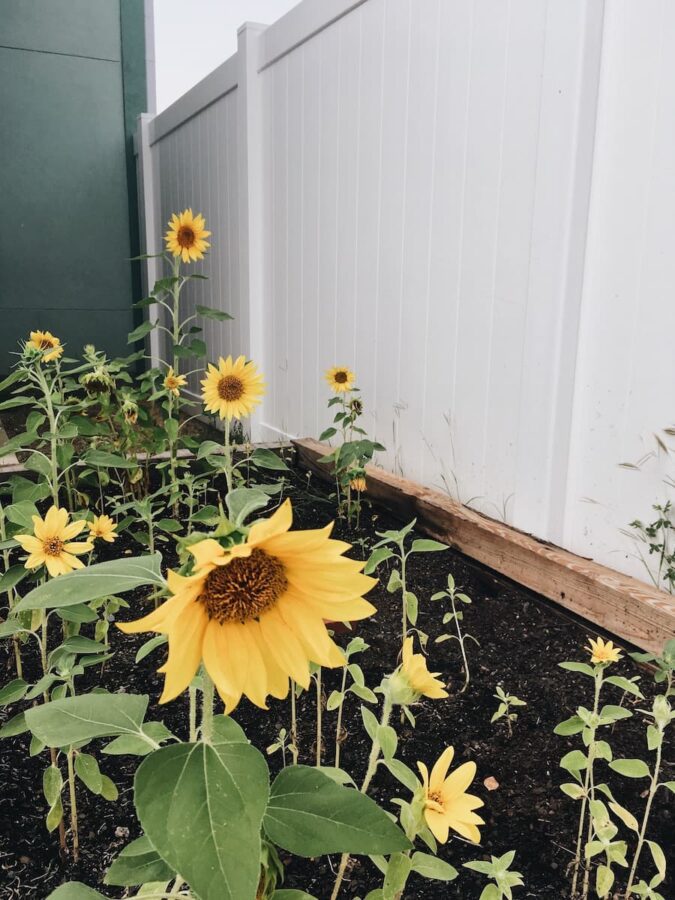 There’s a reason sunflower is found in major areas of radioactive emissions in the world. And that’s because sunflower has demonstrated a tremendous ability to absorb radiation while also cleaning out various pollutants from ambient air.

In fact, sunflower was planted years after the Chernobyl incident particularly to help clear radiation from the site.

Unlike most plants on this list, sunflower is more of an outdoor than an indoor plant. So, to make the most of its radiation-fighting abilities, ensure you grow the plant in the backyard and as close to your windows as possible. 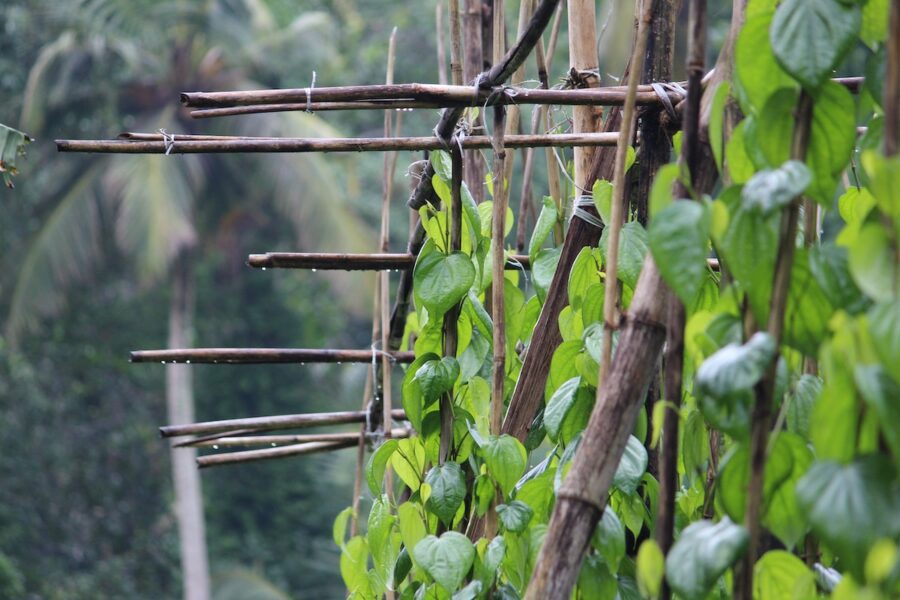 Researchers at the Department of Biochemistry at the Institute of Basic Medical Sciences in Kolkata, India, conducted a study to investigate Betal leaf’s potential radiation-absorbing qualities. The findings showed that extracts from this plant could protect against “radiation-induced DNA strand breaks in a concentration-dependent manner.”

Related:  The Prayer Plant: How To Grow And Maintain It, With Some Helpful Tips On Propagation

There can only be one inference from these findings – that betel leaf is highly capable of absorbing ambient radiation in your room.

Much of the radiation we get exposed to every day comes from computers and smartphones. So, when choosing a radiation-absorbing plant, it’s best to go for plants that can comfortably sit on top of our working desks. And that’s where the stone lotus flower comes in.

Besides its beauty, the stone lotus flower grows into a shape and size that fits most desks. Having this plant perched atop your working table will give you the peace of mind knowing that the EMF radiation from your computers, laptops, and smartphones is well taken care of.

Stone lotus flower is also capable of cleaning out toxins from the ambient air in your home or office. What’s more, you can even harvest the plant’s extracts and use them in preparing an essential oil.

The mustard greens are yet another reliable radiation-fighting plants out there. Like most plants on this list, mustard greens are aesthetically stunning and can complement your interior décor. The plants are also quite versatile and can thrive in a variety of pots.

And needless to mention, mustard greens are a highly nutritious food item. You can incorporate the plants into a number of recipes to enhance the aroma of your food while enjoying their rich nutritional profile.

But just like sunflower, mustard greens do well outdoors. So, consider growing these plants in your backyard, close enough to the house.

For any plant to be effective in fighting radiation and EMF, it should preferably be situated between you and the radiation-emitting device. If this arrangement isn’t possible, just ensure the plants are located as close to the appliances as possible.

Also, note that radiation-absorbing plants do not actively seek out radiation from EMF-emitting devices. Therefore, it’s important to implement other measures that reduce your exposure to harmful EMFs, such as using protective glasses, drinking plenty of water, and taking frequent breaks.