You’re taking a leisure stroll through your home wellness garden when flowers are in full bloom. Then suddenly, you notice an insect darting from one flower blossom to another, as if searching for nectar. Your first instincts are that this is a regular nectar-foraging bee. In fact, it pretty much looks like a bee at first glance.

But as you take a closer look, you realize that the insect is a lot different from a bee. It’s actually a wasp. An even closer examination reveals that what you’re dealing with is not an ordinary wasp but a queen wasp.

Now, queen wasps are often confused for bees. That’s due to their near-phenotypic similarities and the fact that both are considered social insects. However, there are glaring differences between a queen wasp and a bee. In fact, queen wasps have clear distinguishable features from regular wasps, commonly known as worker wasps or drones.

If you’ve always wondered how to identify a queen wasp from a massive wasp colony, this article is for you. Read on as we unpack the fundamental differences between queen wasps and worker wasps. The article shall also uncover a few other interesting facts about queen wasps and the instrumental role they play in a wasp colony.

Similarities Between a Queen Wasp and a Queen Bee

The first similarity between a queen wasp (or wasps in general) and a queen bee (or bees in general) is that both insects are highly social. They live together in close-knit family units known as colonies. A single wasp or bee colony can have thousands of other insects, commonly known as worker wasps or worker bees.

Another similarity between a queen wasp and a queen bee is that both are highly hardworking and laborious. They perform the all-too-important function of feeding the rest of their colony, especially their first hatchlings. Although these duties are also performed by regular wasps and bees, the queen does a lot more than that. She also searches for safe places to build nests. Plus, she is actively involved in the actual nest construction process.

But perhaps the biggest role of queens in a wasp or bee colony is that of reproduction. No other wasp is capable of laying eggs. So, without a queen wasp, an entire wasp colony may be threatened with extinction. That explains why, although the queen may also go looking for food, it’s the worker wasps that must toil hard to ensure the queen is well fed. If anything, future wasp generations lie squarely in her hands.

Last but not least, the queen wasp and queen bee are the de facto leaders of their respective colonies. As such, they delegate duties to ensure the ultimate survival of their colonies.

Related:  Struggling with Gnats? How to Free Your Houseplants of This Pest

Differences Between a Queen Wasp and a Queen Bee 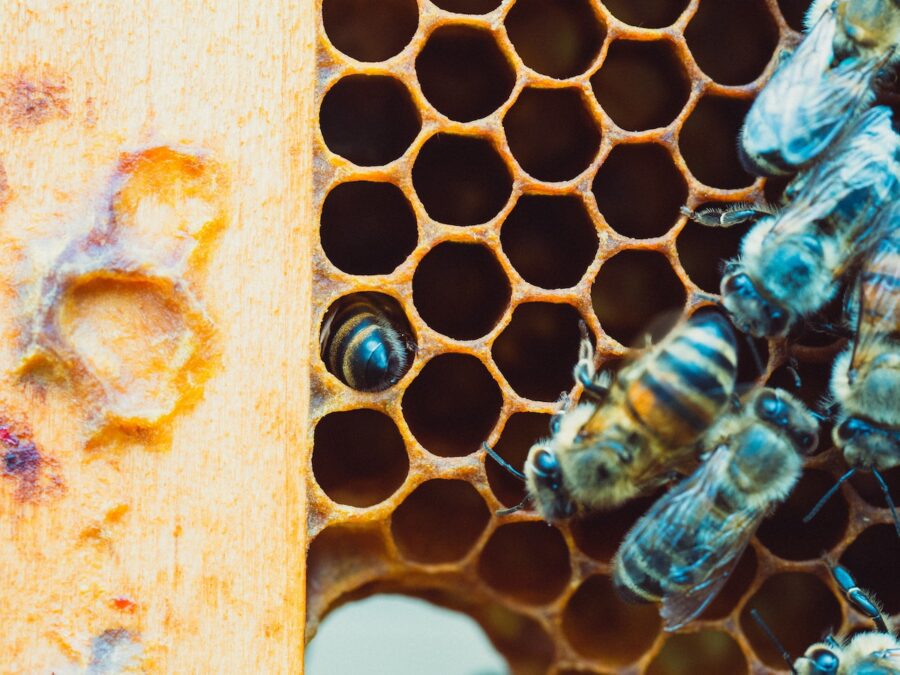 Although they share numerous similarities, there are some crucial differences between a queen wasp and a queen bee.

The primary difference between the two queens is that the main purpose of the queen bee is to lay eggs, whereas the queen wasp may perform several other functions in the colony.

Also, the queen bee uses her stinger primarily for defending herself against rival queens in the same colony. On the other hand, a queen wasp’s stingers are mainly used as a self-defense tool against other insects and animals.

We’ve already pointed out some of the specific roles that queens play in wasp and bee colonies. However, it’s important to emphasize that a queen wasp identification process may still prove a bit difficult. That’s largely due to the numerous wasp species out there. It’s even harder if you consider the fact that for some wasp species, the queen doesn’t usually come with any distinguishable features.

But for many wasp species, there are specific features that can guide you when trying to identify the queen from the colony.

In most cases, queen wasps pretty much look like regular wasps. They both have a narrow waist and pointy abdomens compared to other insects like bees and hornets.

Most wasps (queens included) come in a range of colors, including brown, metallic blue, yellow, and red. They also sport black stripes or markings, especially on their heads. Wasps use their relatively bright colors to warn other animals of their presence.

It’s also important to note that only female wasps have stingers. So, the fact that the queen is a female wasp implies that she also has stingers. If an animal ventures too close for comfort, the female wasps will not hesitate to inflict painful stings.

The queen wasp may appear slightly larger and longer than other wasps. She’s usually the largest wasp in the colony. Noticeable size differences between queens and drones are more common among wasps in the meat bees or yellowjackets family. For comparison’s sake, most drones measure 1.2 – 1.7 centimeters in length, compared to the queen’s 2 – 2.5 centimeters. One reason the queen tends to be larger than worker wasps is that she’s the one that usually carries eggs.

The queen wasp may also be recognized by her narrower waist and more pointed lower abdomen, as well as her prominent triangular head.

Also, if you ever spotted a solitary wasp in late autumn or early spring, the chances are that it’s a queen wasp. That’s because the queen is the only insect in a wasp colony that goes into hibernation during winter.

When Are You Likely To Spot A Queen Wasp? 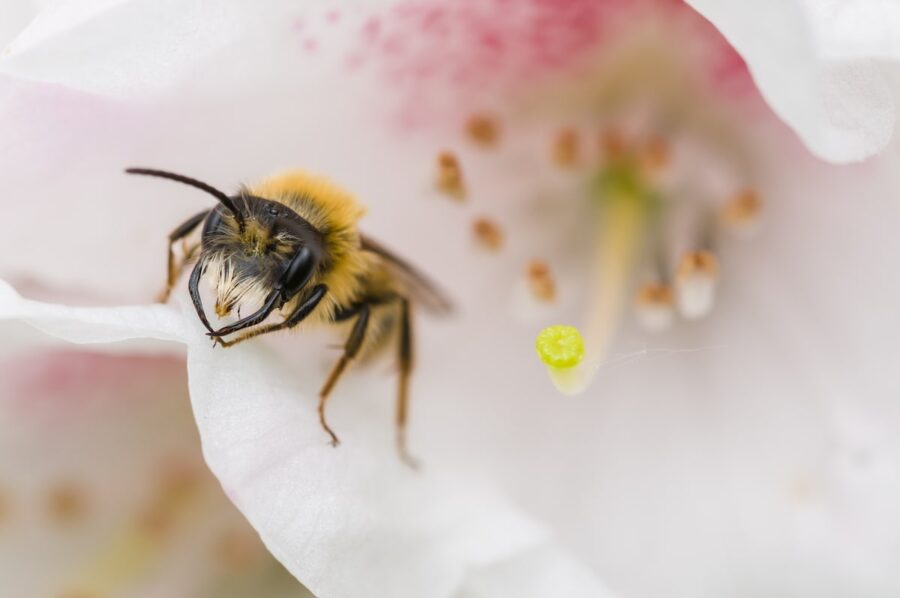 You’re most likely to spot a queen wasp anytime from late autumn to early spring when the weather begins to warm up after winter. This is usually the time they come out of hibernation.

Note that it’s only the queen wasp that leaves the nest to hibernate during winter. The rest of the wasps remain in the nest and die.

Like most hibernating animals, the queen wasp prefers warmer and drier spots, preferably areas protected from predators. Examples of such areas include wall crevices and tree trunks.

When warmer weather begins to roll in, the queen comes out from her hibernation and goes looking for a suitable nesting place to lay her eggs and start a new colony. The eggs are usually sterile female workers.

After laying her eggs, the queen spends the first few weeks feeding her worker larvae. The feeding roles are eventually reversed when the hatchlings are mature enough. At this point, the drones will go foraging for food in order to feed the queen, whose main new role is to mate and expand the colony.

Related:  10 Ways to Get Rid of your Groundhog Problem for good!

What if a queen wasp doesn’t survive winter?

Sometimes, a queen wasp is found and eaten by other predatory insects and animals. Spiders are the most common animals that prey on wasps. The sheer vagaries of winter weather may also cause the queen wasp to die.

When any of these happens, all the eggs die with the queen. And that’s the end of that wasp’s future generation.

So, if you ever found a queen wasp sheltering in your house in the dead of winter, the best thing to do is leave her alone. Better yet, you might consider feeding her by dropping meat broth or sugary foods into her hideout crevices.

However, note that killing a queen wasp that has already established her nest will not affect the colony. That’s because a new queen will eventually emerge from the rest of the drones and continue with the reproduction work.

The process of distinguishing a queen wasp from worker wasps is a bit difficult for many wasp species.

However, there are certain phenotypic and behavioral differences unique to queen wasps, which may guide you in identifying the queen from the rest of the colony.