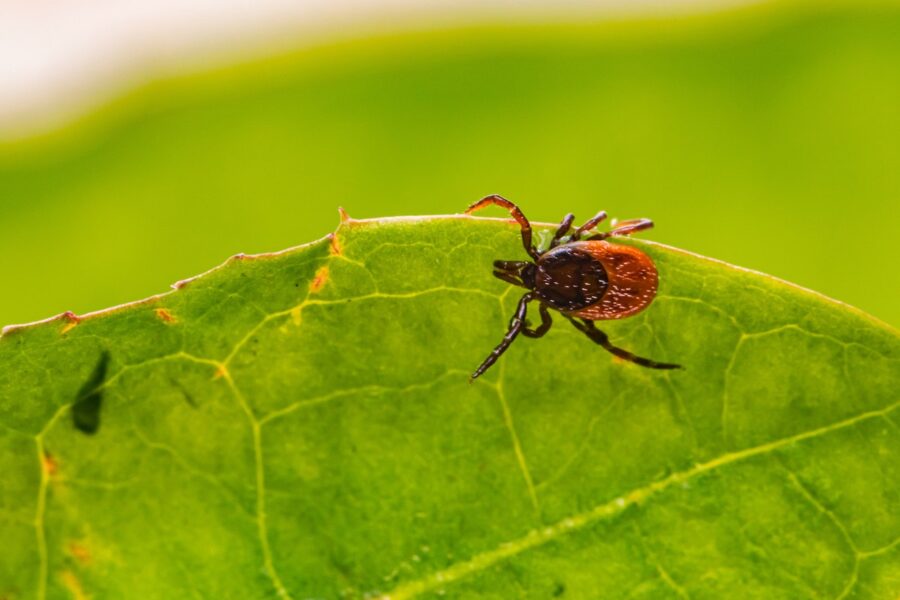 Ticks are small blood-sucking parasitic organisms that feed by clinging onto their hosts. These arachnids mostly live off the blood of pets, cattle, and other larger animals, including wild animals like deer and bison. However, they can also feed on the blood of humans.

In fact, most ticks would prefer human hosts due to our reasonably softer skin compared to the skin of furry animals. But the reason you’re more likely to find them clinging on your cattle and not on your own skin is probably because they’re turned off by the chemicals in your detergents and cosmetic products.

As ticks live exclusively by sucking blood from their hosts, these parasites can inflict vicious bites. Ticks are also natural carriers of various serious diseases that they may transmit to their human hosts. Therefore, it’s imperative to make your property tick-free and avoid the potential health risks posed by these pesky parasites.

Read on for more insights into the origin of ticks and what you can do to keep their population in check. 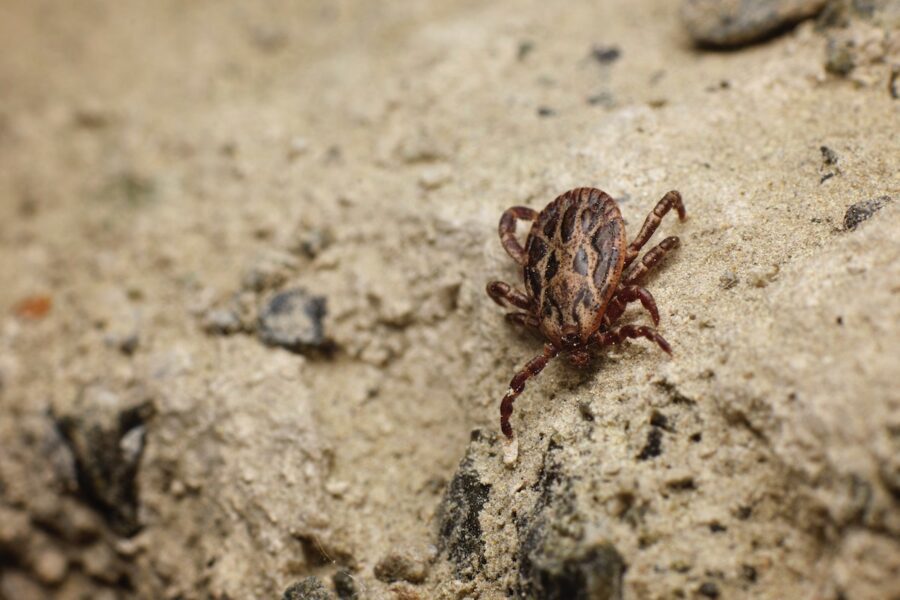 There are more than 800 tick species inhabiting different regions around the world. However, the most common ones you’re likely to encounter include the American dog tick, the brown dog tick, the Lone star tick, and the black-legged tick.

The American dog tick is arguably the most widespread tick species across the Americas. This tick can live anywhere with conducing vegetation cover. Common places include woodland paths, pastures, parks, and backyards.

The American dog tick is also one of the most active tick species out there. You can spot it throughout the year, except during winter.

These ticks are also adapted for feeding on different hosts during their life cycle. As larvae, they primarily feed on small mammals like rodents and voles. During their nymph stage, American dog tick finds a new host in middle-sized mammals like raccoons and opossums. And as adults, they choose dogs as their primary hosts, which explains their moniker. It’s during this time that humans may also encounter them.

Related:  How To Deal With Giant Spider Webs Covering Your Trees

The brown dog tick is a tick species that feeds almost exclusively on dogs. They’re among the few ticks unlikely to attach themselves to humans.

However, these ticks are prolific breeders. A single female can lay hundreds of eggs in fairly hidden spots, such as cracks and crevices located within dog kennels.

Their eggs tend to hatch at once, making brown dog tick infestation quite difficult to manage.

Unlike the American dog tick and the brown dog tick that are somewhat selective in choosing their hosts, the lone star tick generally feeds on any animal. Hosts range from humans to dogs and even wild animals like deer.

Most lone star tick larvae are active during fall, whereas their nymphs and adults tend to be abundant in spring and summer.

True to its name, the black-legged tick is identifiable by its characteristic black legs which stand out from its brown body.

The tick is also known as deer tick due to the tendency for adults to feed on deer.

During their larvae and nymph stages, the black-legged tick will prefer smaller animals like lizards and mice.

Where Do Ticks Come From? 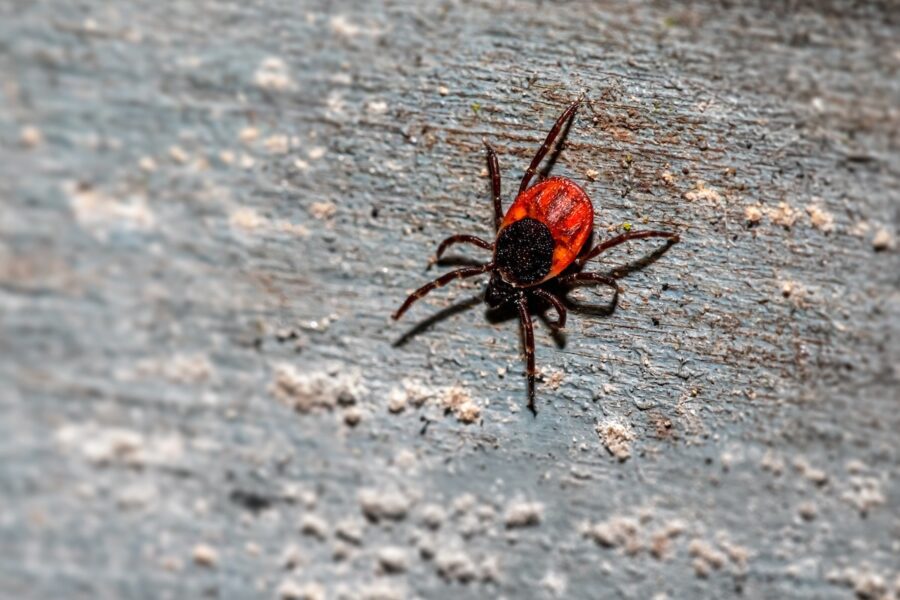 Ticks begin their life in nature before finding a suitable host to cling onto.

The parasites start their life cycle as eggs. Then, as with most arachnids, the eggs develop into larvae, nymphs, and finally adults.

But you don’t need to wait for ticks to mature into adults to start worrying about them. That’s because these parasites go looking for hosts as soon as their larvae hatch. During this time, they’ll prefer smaller animals like mice, squirrels, rabbits, and birds.

After feeding on smaller hosts for a while, the ticks will drop off and molt. They then lurk in wooded and grassy areas, particularly areas with plenty of tall grass and trees, waiting for larger hosts to come along. It’s during this time that they can also attack people, pets, and farm animals. When a human or other larger animal brushes against these trees or shrubs, the ticks grab onto them and embed themselves onto the skin of the new host.

Ticks prefer warm, moist places on the skin. You’ll normally spot them in the following areas: 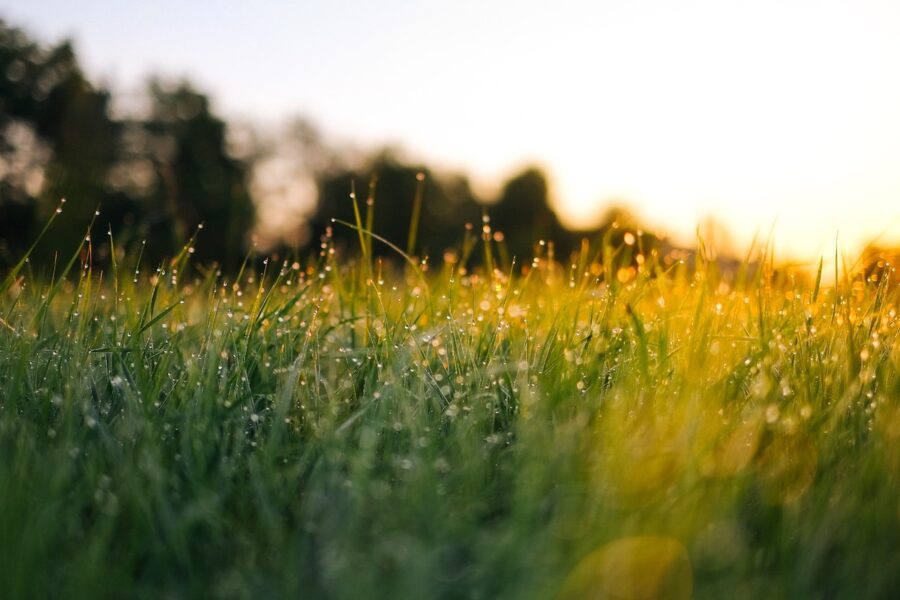 Different tick species live in different habitats. However, most ticks prefer wooded areas or fields with tall grass, where they can linger as they wait for potential hosts to swing by.

Also, while most ticks are fairly active throughout the year, they generally start to emerge when the temperatures warm up.

In terms of humidity, you’re most likely to find ticks in moist and humid environments. But then again, these parasites are highly adaptable and can thrive in various humid conditions. In fact, ticks can live in most climatic conditions that favor their hosts.

Some ticks spend most of their time clinging onto their hosts. Others will hide in or around the burrows and nests of their hosts when they’re not actively feeding.

How Do Ticks Locate Their Hosts?

One way ticks locate their next hosts is by detecting changes in temperature and carbon dioxide. Note that the bodies of warm-blooded mammals radiate a decent amount of heat and carbon dioxide. Which explains why such animals make up the majority of tick hosts.

Movements and sound vibrations may also stimulate tick responses and help the parasite locate its meal host. When a potential host comes too close, a tick will respond by extending and waving its forelegs, ostensibly to make contact with the host.

But perhaps the most important thing to note is that ticks don’t travel very long distances while questing (looking for their next hosts). In most cases, it’s the host that comes to them.

So, it’s important to know the common places you’re likely to pick up ticks. Examples include:

It’s also possible to pick up a tick from another animal that’s already hosting them. For instance, your dog could transfer a tick to you during regular grooming sessions.

How Common Is Tick Infestation and How Big A Problem Can It Be?

Tick infestation is relatively uncommon compared to infestation by other human parasites like bedbugs. That’s because ticks don’t actually live on their hosts. Instead, they attach themselves to their hosts only to feed. After feeding, these parasites drop off and hide for a while or go looking for other potential hosts.

Nonetheless, ticks may still infest your property and become a nuisance if their population is not checked. Although tick bites are not particularly painful or damaging to the skin, the parasites may transmit a variety of diseases to humans.

The symptoms of tick bites will vary depending on the specific disease transmitted.

However, most people will experience the following symptoms: 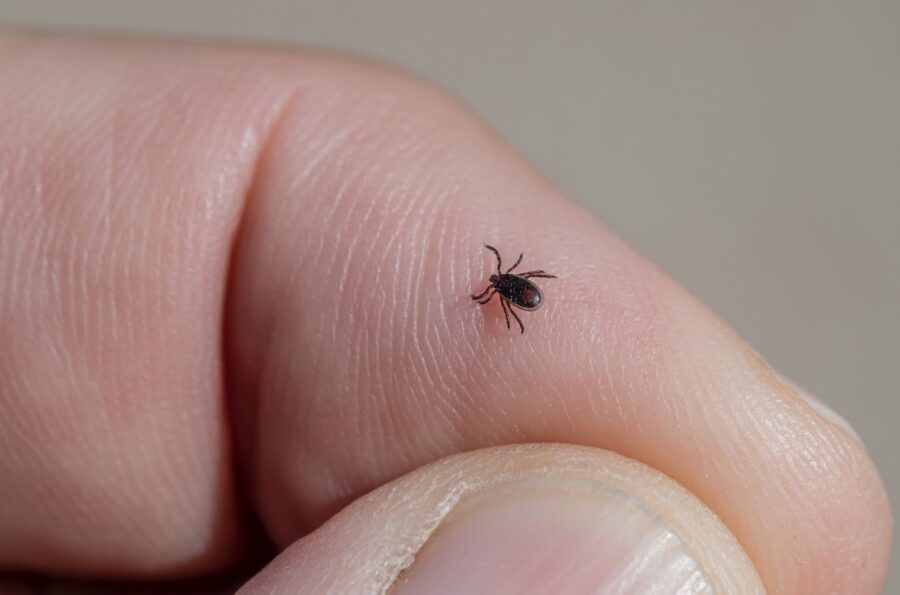 The most effective way to stop ticks from becoming a menace in your home is to prevent them from breeding there in the first place. There are three different ways to go about that.

First, avoid venturing into tick-infested areas. And if you do, check your clothing carefully to ensure you don’t import these parasites from their natural habitats into your home.

Also, conduct routine inspections on your property to check for the presence of ticks. Pay particular attention to areas around animal dens and nests.

Lastly, find and remove tick eggs before they hatch. Common places ticks lay their eggs include near baseboards, on window and door surrounds, on rug edges, curtains, and furniture.

If it happens that ticks have already invaded your property, you may consider eliminating them using an EPA-registered insect repellent. You might also opt for home remedies like vinegar and dish soap, or breed natural tick eaters like guinea fowls, wild turkeys, chickens, and opossums. And if it comes down to it, hire a pest control technician.

So, Where Do Ticks Come From?

Ticks come from outside, usually in bushy or grassy areas. It’s you, your children, or your pets that actually bring these parasites indoors.

The good news, however, is that ticks are adapted for outdoor living. Once it’s done sucking your blood, a tick will drop off and go seeking another host or a place to nest.