Are you looking after your own group of worms and are curious of what to feed them and how to care for them? If so, then you are in the right place because, in this quick guide, we will discuss what exactly worms can and can not eat and why, address the issue of overfeeding, and highlight some ways you can ensure your worms are getting proper care. 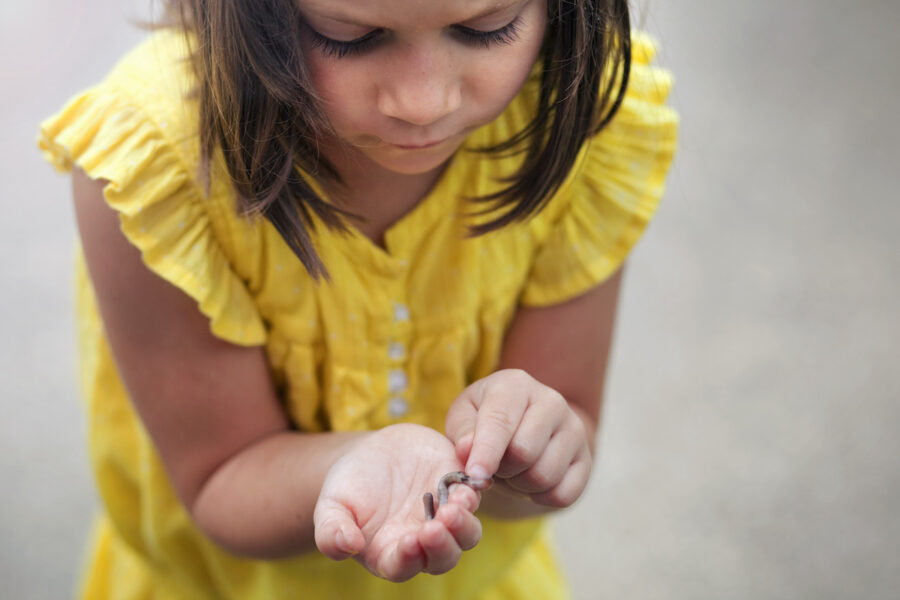 There are three main types of worm; let’s take a look at each of them and where you are most likely to find them:

These include parasite worms like Flukes, Tapeworms and Flatworms.  These worms have ribbon or leave-shaped bodies, and the eyes are at the front part of the worm’s body.

These species have tubelike bodies with a segment just below the head, like Earthworms,  Glowworms, Bloodworms and Silkworms.

What Worms Can Eat

In most cases, earthworms eat dirt.  In this dirt, deep underground is a lot of decomposing leaves and sticks rich in microorganisms and nutrients that are beneficial to the worms. Because earthworms live underground, this is their most basic food source.

Worms will eat almost everything that is in a state of rotting and decaying, even egg shells, pieces of box, and whatever is available in their habitat.  Because they do not have a proper digestive system, foods must be in a rotting and decaying state to enable them to take in the micro organisms and nutrients.

We can’t forget a worm’s favourite food, manure.  It is very high in nutrients and is already digested by the host.  They thrive on manure.  The soil is rich in minerals and vitamins in places where worms further decompose manure.

What Foods to Avoid and Why 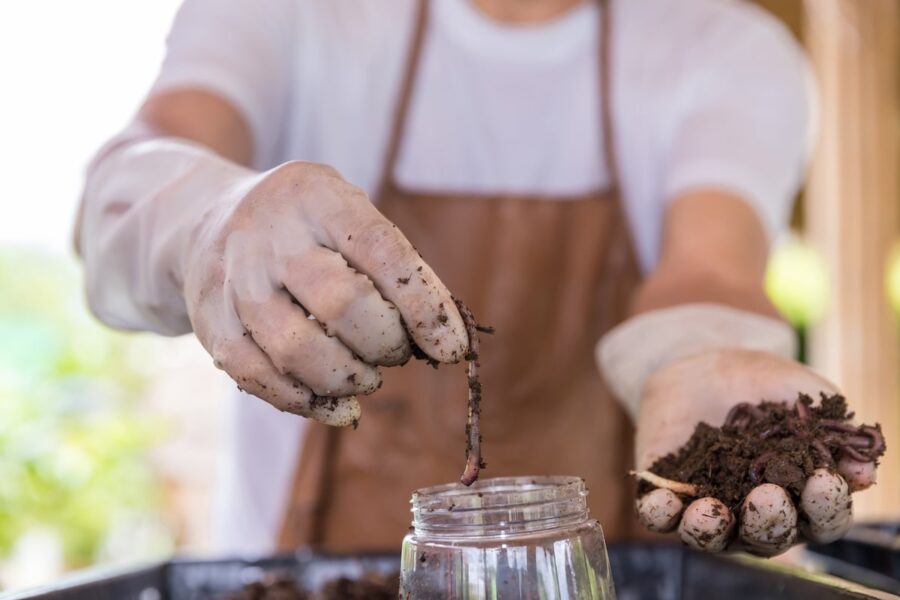 Can you Overfeed your Worms?

When you are looking after worms, look to feed them only when their food is nearly finished. If you add too much food into your worm bin, the food will start to rot before the worms have a chance to digest them, leading to an increased chance of sickness. It is often said that it is better to underfeed than overfeeding.

One way to prevent overfeeding worms is to add food scraps in small amounts and in one place at a time. Some people like to alternate sides when adding food scraps into the worm bin. So let’s say you divide your worm bin into a couple of sections, alternate when you add food into the bin based on section. 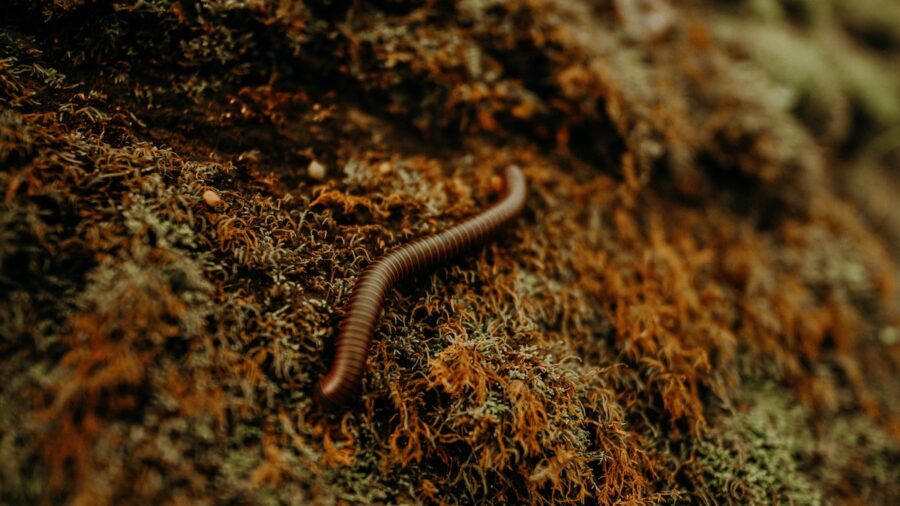 In the outside world, worms can fend pretty well for themselves; however, if you keep worms in a bin, you need to ensure that certain conditions are optimal.

One factor that needs to be considered is the moisture of the bin. Since all worms breathe through their skin, they need water to absorb oxygen and breathe. However, adding over water consumption could slow down their oxygen intake. As a result, worms become bewildered and struggle to find their way back to the soil, which endangers their life at some points. So make sure that the environment is moist, and you add a little water regularly to promote growth and help the worms adjust to their environment more easily.

A second thing to consider, and it has been touched upon, is the ratio at which you feed them.

As a general rule, worms consume food equal to their body weight daily. Hence, overfeeding or underfeeding worms is not ideal for keeping worms healthy. Overfeeding the worms can cause the food to rot, resulting in excessive souring and protein poisoning. On the other hand, having less food is likely to hinder the worm’s growth and productivity. Not only this, but if you add the wrong type of food, you can attract pests to your worm bin, destroying all of your hard work.

Related:  Balcony Gardening – Is This Green Trend Worth It?

Finally, let’s talk about temperature. The ideal temperature for a worm bin is between 60-80 degrees. Anything higher than 95F can burn the worms or lead them to leave. Similarly, anything below 40F will cause them to die off with the cold. So it is all about striking an important balance. 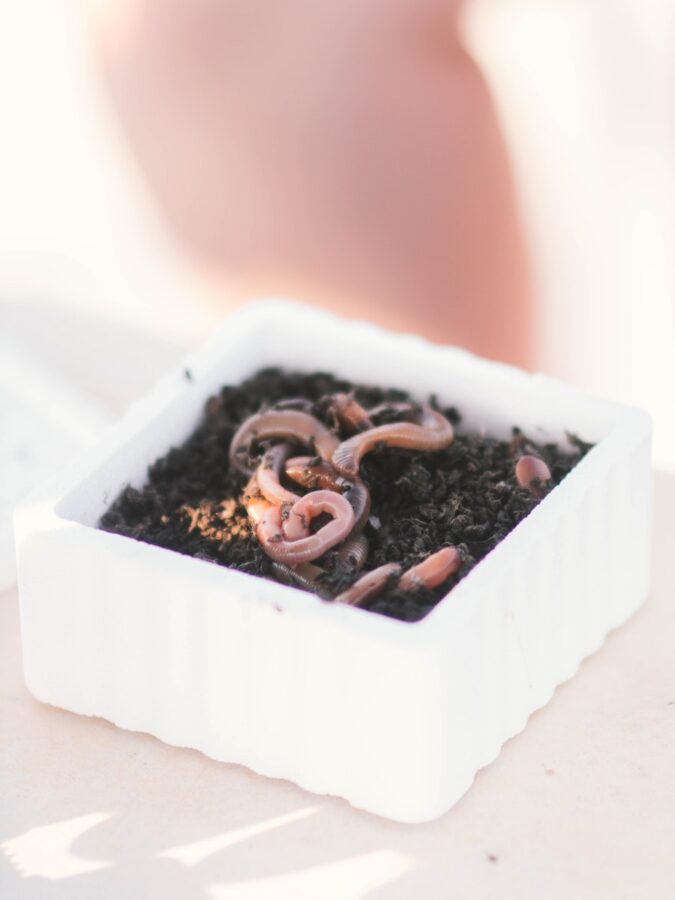 What is the best worm food?

What can I feed my pet worms?

If desired, you can grind up the food for your worms in a food processor or manually. This blends the food scraps nicely and makes them easier to eat. Here are some of the most popular items on worm menus: Fruit peelings (not citrus), Melon rinds. Carrots. Coffee grounds.

What do composting worms eat?

Composting worms are hungry for your kitchen left-overs, garden waste, and coffee grounds! The best foods for worms come from plants. This includes grains, fruits, vegetables, and beans.

How long do worms live?

The average worm lifespan is about 4-8 years if they live in optimum conditions, depending on the species of worm. A variety of other factors can affect a worm’s lifespan, including its surroundings and the food they are given.

How long does it take for a worm to mature?

A worm can eat its body weight each day. It usually takes between 10 and 55 weeks for baby worms to mature into their full adult size. Once earthworms have reached adulthood – which can be at four to six weeks – they’re mature enough to reproduce, and the cycle begins all over.