The Philodendron Imperial Red plant is as elite and royal as it sounds. Its foliage is sleek and leathery, tinted with a tinge of barbaric red hues. This plant will spice up the variation of your home garden.

Philodendron Imperial Red is a hybrid and grows very well indoors. They make great air purifiers and give a tropical kick to home gardens. Philodendron itself is a genus encompassing over 480 species, each having its own growth rate.

This article will cover everything you need to know about growing and caring for the Philodendron Imperial Red.

Philodendrons were discovered in 1644 by George Marcgraf, a German naturalist. They are often confused with Anthuriums and Homalomena due to their uncanny resemblance.

Philodendrons are divided into vining and non-climbing categories depending on their growth rate. Even though the occurrence is rare, Philodendrons can go terrestrial.

Since these are tropical plants, they grow well in warmer temperatures and thrive indoors below 12 degrees Celsius. 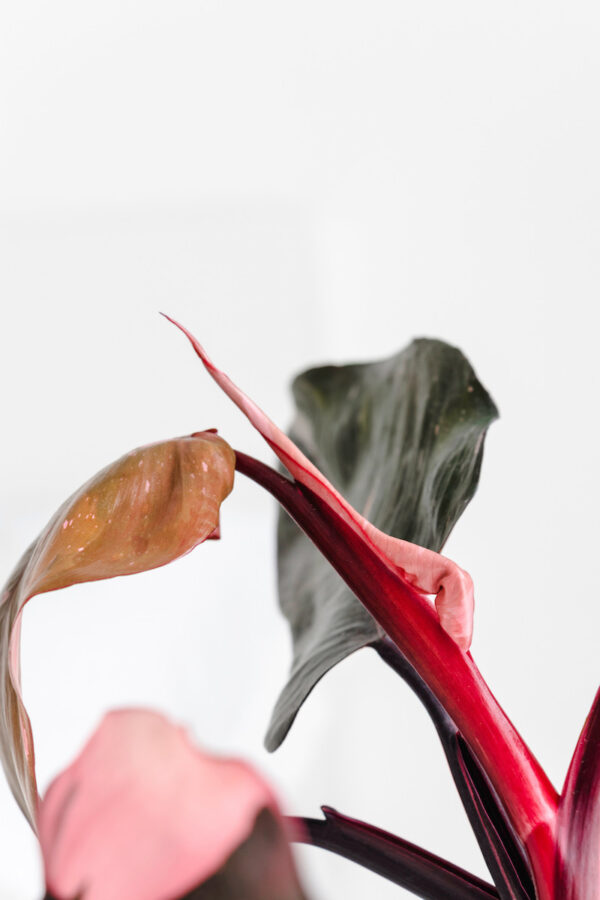 Scandens is known for its heart-shaped leaf production and vibrant, glossy leaves.

The term ‘Rojo’ describes the leaves of this plant that have a peculiar color. They are deep red and have a shiny base.

The leaves of the Imperial Green Philonderon can grow in a large plethora of directions and have a shiny, smooth texture to them.

Also known as the black-gold Philonderon, it has gorgeous bronze leaves.

As the name suggests, this plant has wide leaves that transition from a deep color of burgundy to a cool black.

This species is found in Ecuador.

It is also known as the fat boy plant and is found in southeast Brazil.

Other species of Philonderon include:

How to Care for The Philodendron Imperial Red

Philodendrons love indirect sunlight. A short exposure to direct sunlight aids faster growth, but too much can burn the foliage. An east or west-facing window would suffice.

Loose and porous soil allows the plant to cater enough oxygen for itself. Philodendrons survive well in aerated soil.

A potting mix containing perlite, river sand, or any coarse form of soil will do.

Related:  How To Grow And Care For Philodendron Verrucosum

This plant is drought tolerant and can survive in even sparse moisture conditions. However, the key to a healthy Philodendron is to ensure that only the top two inches of the plant feel dry, whereas the soil underneath should be damp.

These plants are tropical, thus have a high affinity for humidity and warm temperatures. A temperature range of 18-27 degrees celsius is ideal for indoor growth.

The temperature should not fall below 12 degrees celsius.

Decomposed mulch, peat, moss, or organic manure can be applied to the Philodendron Imperial Red.

The fertilizer should be applied monthly in the spring and summer seasons (make sure to dilute it with water first). In winters, once every six to eight weeks would suffice.

The container should be larger than the root ball of the Philodendron Imperial Red. Ensuring an adequate amount of holes will establish a sound drainage system.

The Philodendron Imperial Red should only be re-potted when the roots start bulging out of the pot. The plant should be removed along with the root ball and inserted into a larger pot.

If your Philodendron has become too leggy and overgrown, it’s time to grab a pair of sterilized scissors to prune them.

It is best to prune these plants during the spring or summer when they grow rapidly. Make sure to cut just above the node.

This video will show you how to propagate any type of Philodendron. Propagation is best done during spring.

Use your scissors to cut a 6-inch measuring of the stem and place it in water to allow the roots to form. You can also use a rooting hormone to ensure the success of the process.

Make sure to replace the water regularly to prevent bacterial contamination.

Several roots will have formed within two weeks, and you can place them into a sieved pot.

Locate plantlets that form at the base of the plant. The plantlet should be removed, and the roots immediately replanted in fresh soil. 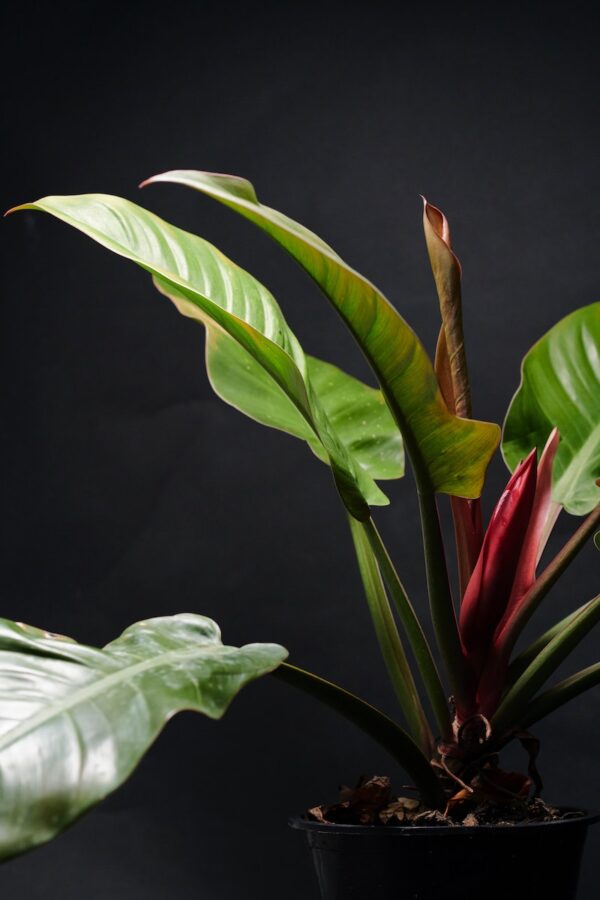 Cold weather conditions or direct sunlight exposure are the reasons why your Philodendron must be developing yellow leaves.

Leaves turn brown when supplied with very cold water, which delivers a ‘shock’ to the Philodendron.

An increase in humidity levels will help you recover your Philodendron’s health.

Rotten parts of the plant should be removed immediately to avoid spreading.

Yellow lesions or a set of patterns forming on the leaves indicates an attack by the Mosaic virus.

You should immediately segregate the infected plant from others in the vicinity to prevent spread.

The Rojo Congo variety of Philodendron is larger than the Imperial Red. It also has a more robust growth pattern than the latter.

The Philonderon Imperial Red is considered to be a rare house plant.

What is the rarest Philodendron?

What is the most expensive plant in the world?

Shenzhen Nongke Orchid is the most expensive plant in the world.