Broccoli is widely considered a superfood. That’s due to its abundance in essential nutrients, which include minerals, vitamins, and antioxidants.

Broccoli is also incredibly tasty. Besides, there are several ways to incorporate the vegetable into your diet.

But while a lot of us have consumed broccoli for as long as we can’t remember, not many people ever pause to wonder how this vegetable came about.

There have been widespread rumors that broccoli is manmade. Some publications term the vegetable as artificially selected while others describe it as genetically modified. But how true are these assertions and what do the terms ‘artificially selected’ and ‘genetically-modified’ denote in the first place?

Join me as I unpack broccoli’s interesting origin. 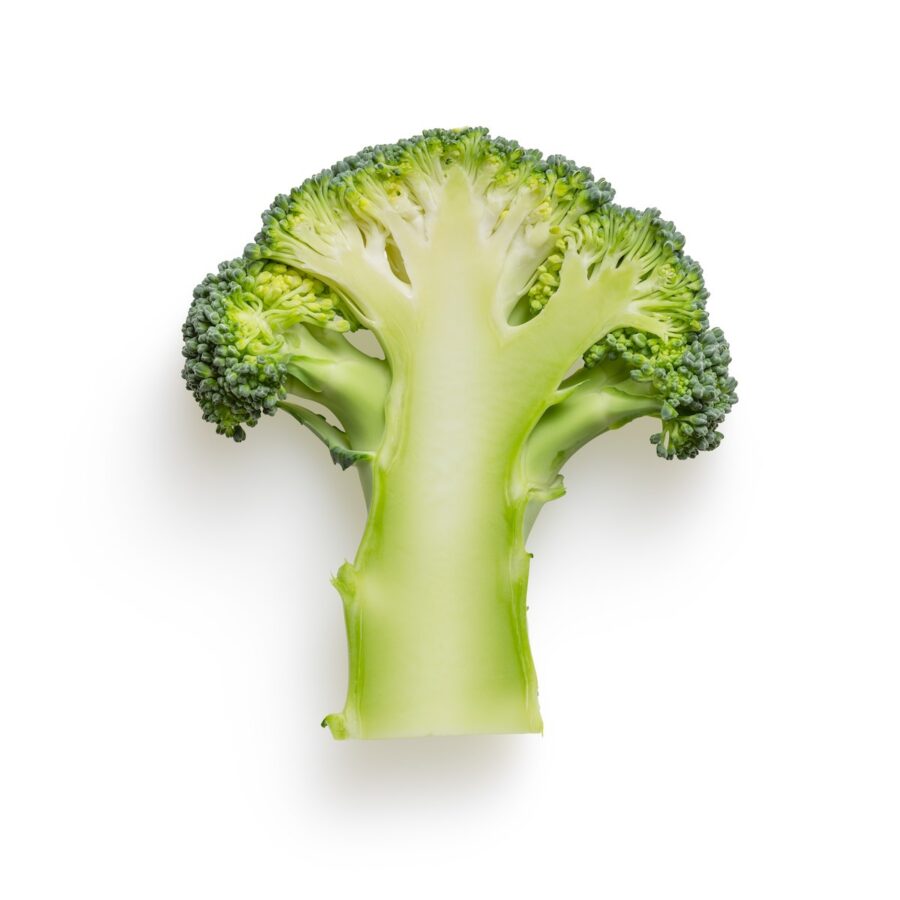 Broccoli, whose scientific name is Brassica oleracea var. italica, is an edible green plant that belongs in the family Brassicaceae and the genus Brassica. Brassicaceae is the same family that produces cabbage.

Broccoli produces large flowering heads as well as stalks and small leaves, all of which are edible. The vegetable can be eaten raw or cooked.

Broccoli flowers and stalks are usually light green. The flowers grow from the stalks and branch out, forming a distinct tree-like structure. Small leaves surround the mass of flower heads.

Broccoli exists in three common varieties. They include the Calabrese broccoli, the Sprouting broccoli, and the Purple/Violet cauliflower.

Calabrese broccoli is the most common broccoli cultivar. The vegetable is aptly named after Calabria in Italy. It typically produces large green heads (10 – 20 cm) and thick stalks.

Lastly, purple or violet cauliflower is a broccoli cultivar mainly grown in North America and Europe. True to its name, this broccoli variety produces heads shaped like cauliflower but which are made of numerous tiny flower buds.

Related:  How to Grow and Take Care of Monstera Adansonii

The best way to answer this question is to understand what artificial selection and genetic modification mean.

Artificial selection is a term used for plants and animals that do not exist naturally in the wild. It implies that such organisms were artificially developed from distinct species, resulting in a new species or a cultivar of an existing species. The primary intention is usually to come up with an organism that’s resistant to pests, diseases, and harsh climatic conditions.

Artificial selection can take years before the final organism is fully developed. The phenomenon is also known as artificial breeding.

So, was broccoli artificially selected?

Yes, broccoli is one of the many artificially selected plants out there. The vegetable was developed by farmers from the undomesticated plant species Brassica oleracea, using selective pollination.

Besides selective pollination that was carried out on broccoli, artificial selection can result from different other methods. Examples include grafting, layering, and propagation from cuttings.

Genetically modified is a term for organisms that result from alterations in the genetic makeup. These changes typically take place in the lab.

Not really. Broccoli may have been genetically made. However, the process did not take place artificially in a lab. That’s why the plant doesn’t qualify to be called a ‘genetically-modified’ vegetable.

Related:  60 Fancy Names To Give To Your Favorite Plant

Are All Broccoli Varieties Manmade? 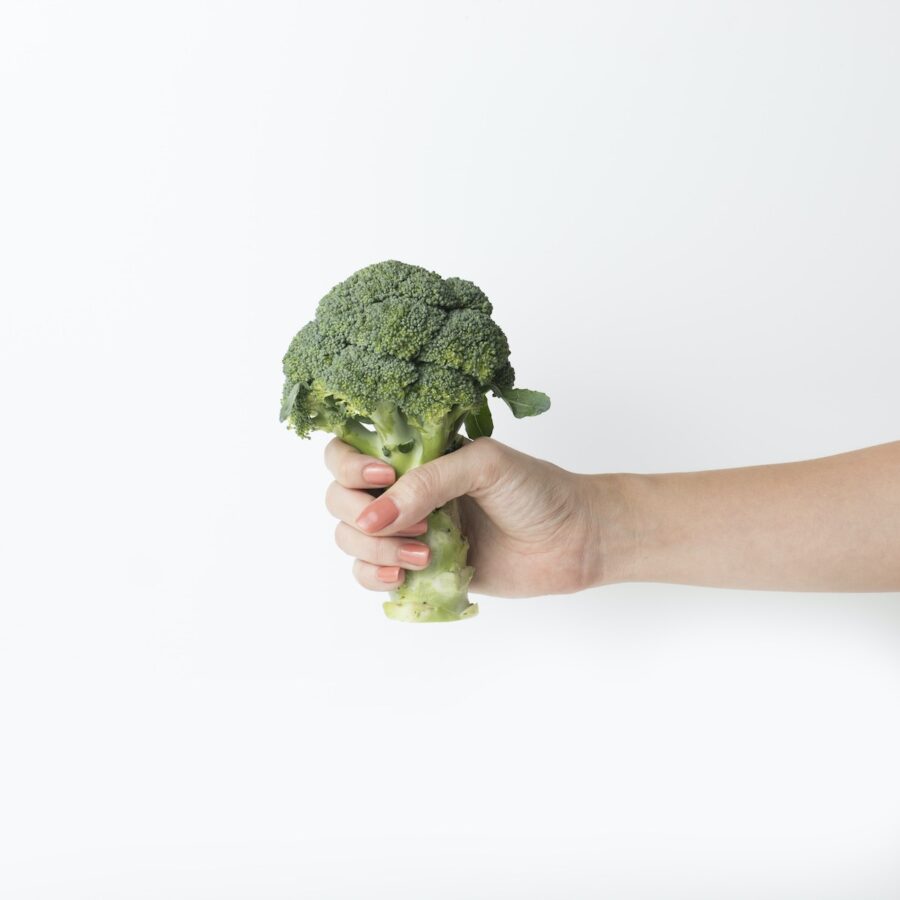 As already mentioned, broccoli exists in several varieties. All but two cultivars were artificially selected.

The first is a variety that features tiny florets commonly known as broccolini and the other one is a cultivar created by splicing genes from different vegetable species.

The latter cultivar was originally known as rabe. It belongs in a genus different from that of the original broccoli.

When Was Broccoli Developed?

Broccoli was first hybridized in 1845 through selective pollination. Basically, the process entails transferring pollen from one plant to another. The two plants can be of the same species but not necessarily of the same cultivar. However, they must be a male-female pair.

In the late 1970s, a new broccoli variety was developed at Station de Physiologie Végétale aux abords du Lac Cabri (SPV) and the University of Montreal in Quebec, Canada. This was after scientists identified two genes in the vegetable that control the synthesis of a crucial enzyme known as polyphenol oxidase (PPO).

The researchers created a new broccoli variety by inserting the polyphenol oxidase-suppressing DNA obtained from an endive plant into the fertilized egg of a traditional female broccoli plant. This is probably the only notable broccoli variety that was genetically engineered. Genetic engineering involves the addition of new DNA into an existing organism.

But while broccoli was hybridized in 1845, the development of this vegetable can be traced back to the sixth century BCE. The plant was originally developed in the northern Mediterranean region, particularly in Italy. Subsequent improvements would later follow, culminating in the eventual hybridization of the vegetable.

What Does The Term Broccoli Mean? 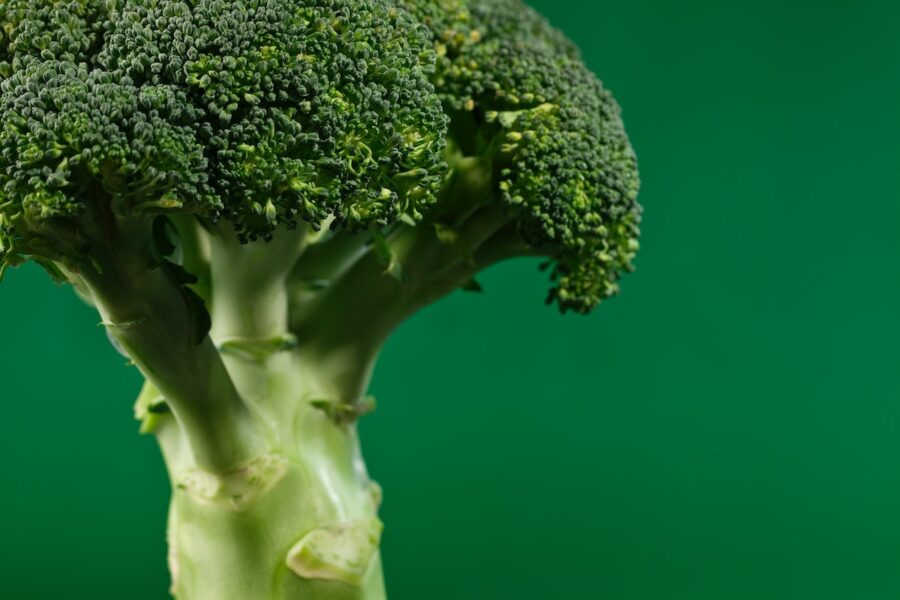 Broccoli comes from two different words. The first is the Latin word ‘brachium’ which means a branch or arm, and the second is the Italian plural of ‘broccolo’ which loosely translates to “the flowering crest of a cabbage.”

Broccolo is the diminutive form of ‘brocco,’ another Italian word which means “sprout” or “small nail.”

What Are The Ideal Growing Conditions For Broccoli?

Most broccoli varieties are cool-weather crops that flourish under ideal temperature conditions ranging from 64 to 73 degrees Fahrenheit.

China and India account for more than half of the world’s global broccoli production. Other notable global producers include Spain, Mexico, and the United States.

What Is Broccoli’s Nutritional Value?

A 100-gram serving of raw broccoli provides 34 calories, making it one of the best vegetables for healthy weight management.

The same serving amount boasts at least 100% of the recommended daily value (RDV) of vitamin C and 97% of the RDV of vitamin K.

You also get significant amounts of B vitamins, dietary fiber, plant proteins, and many crucial minerals like manganese, calcium, potassium, and iron.

How Is Broccoli Cooked And Served? 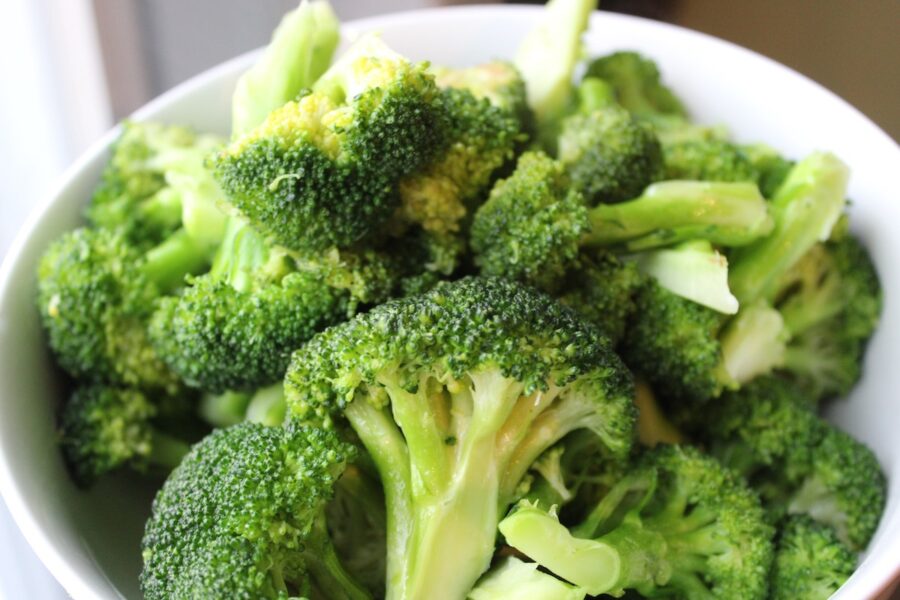 Like most vegetables in the Brassicaceae family, broccoli can be eaten raw or cooked.

Nutritional experts highly recommend consuming broccoli raw. That way, you get to enjoy all of the vegetable’s essential minerals and vitamins, including those that would otherwise be destroyed by cooking.

If you must cook broccoli, insist on boiling it. Boiling significantly reduces the concentrations of glucosinolates, the main compounds that give broccoli its distinctive bitter taste. Steaming, stir-frying, and microwaving have no substantial effects on glucosinolates levels.

Which Other Vegetables Are Manmade?

Broccoli isn’t the only manmade vegetable. There’s a long list of other artificially selected veggies. They include:

Broccoli is an artificially selected plant whose development began hundreds of years ago. But despite being manmade, this vegetable is no less nutritious. Broccoli is a perfect addition to your diet if looking for a healthy way to increase your intake of essential vitamins and minerals.