Most people know groundhogs for being a typical winter weather forecaster, but if you are fond of your garden and like to keep it clean and in shape, then you will know all about these little critters for a different reason!

If a groundhog has set up shop near your home or in your garden, it can cause a real headache thanks to its burrowing and eating habits. This article looks to act as a quick guide to getting rid of them (safely if possible) so that you can keep your grass and plants safe.

Groundhogs, known better by gardeners as little “you know whats”, are mammals that are a part of the squirrel family. Many of them grow to be about 2 feet long and can weigh anywhere from 10-12 pounds when fully grown. Brown with round bodies, ever-growing teeth, and long, strong claws used for digging their burrows, groundhogs can live up to six years in the wild. They make their homes in the United States, parts of Alaska, and Canada.

They typically hibernate from October to February, which means they are unlikely to be a pest to your garden during these months. However, it is March to September when you can find them burrowing and foraging for food.

‘So how do I know that groundhogs have caused damage to my garden?’ we hear you ask! Well, the most common signs of groundhog damage include large teeth marks, plant damage, and mounds of dirt. While this can also be the handiwork of moles, you can’t rule out groundhogs here either! 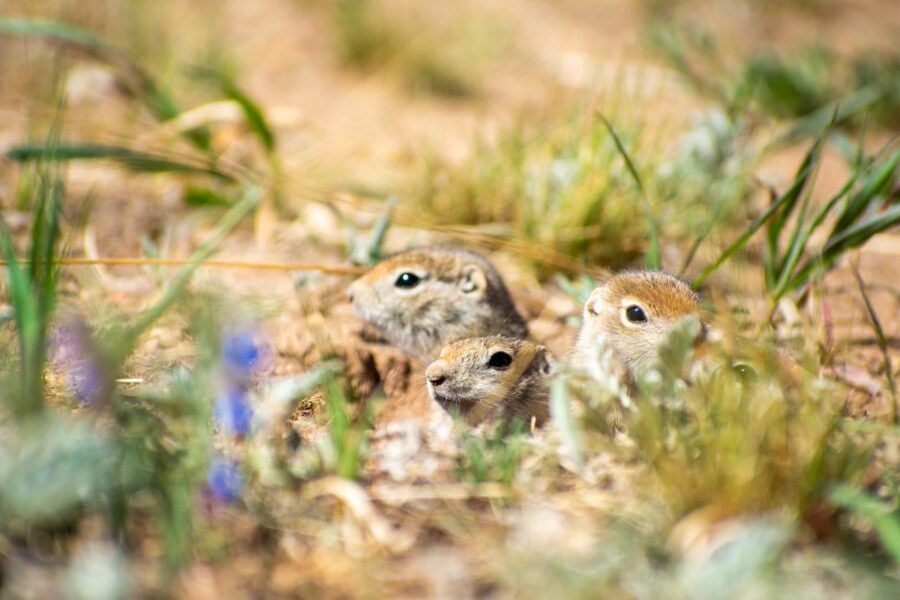 There are a number of things that should be remembered before you dive into using any of the methods used below. For one, remember that prevention is better than cure. Remember, groundhogs are rodents, and like with any rodent infestation, it is always best to ensure that they don’t happen in the first place. With that in mind, be vigilant? Keep a lookout for certain signs like compost piles, half-eaten fruit, or woodpiles.

Related:  How To Deal With Giant Spider Webs Covering Your Trees

The second thing to remember is linked with the first, and it revolves around research. For example, the times when groundhogs emerge from their hibernation dens will change depending on where you live and how mild the early spring has been. Just knowing that groundhogs are unlikely to be in a garden from October to February is a good start, Similarly, groundhogs are mainly active during the day, and their mating time is early spring, so if you have had an infestation before or if you feel like you might be vulnerable to one, then keeping an eye out in late February/March is a good idea.

10 Ways to Get Rid of Groundhogs 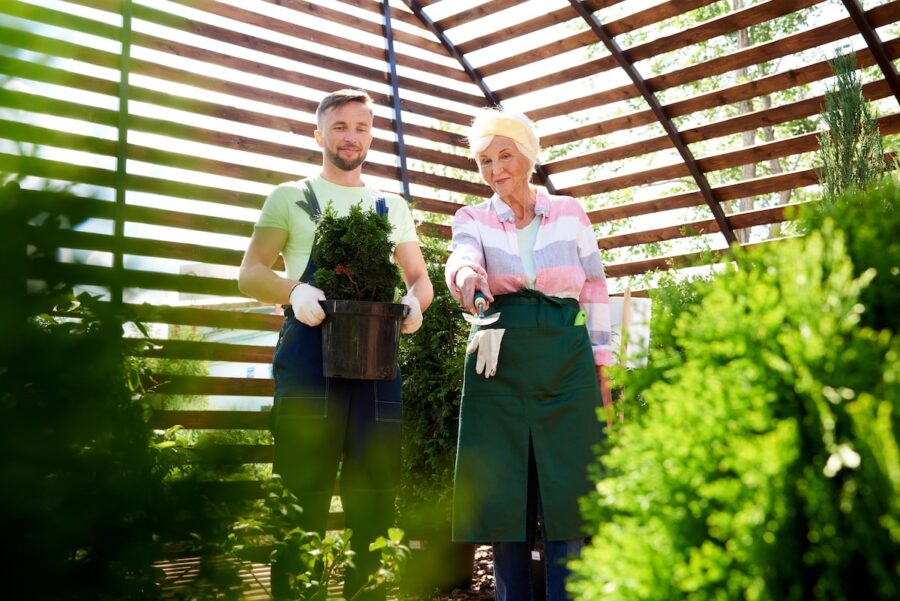 So here it is as promised. We think that these are the ten best ways of getting rid of those pesky groundhogs from your garden once and for all!

There are so many repellents that you can use to keep groundhogs from your garden:

For one, try using fox or dog urine (yes you can buy it). Spray, drizzle or pour this near a groundhog’s hole to deter his or her return. Groundhogs fear predators, including coyotes, foxes, and dogs, and smelling their urine is a warning to stay away. If you don’t have a dog, some people claim putting some used cat litter inside a groundhog’s hole will ward them off.

Another useful repellent is ammonia. If you get a rag, soak it with ammonia and place it near the groundhogs’ hole, the strong smell will keep them away. Garlic works a treat as well.

A final repellent is red pepper. Groundhogs, like many people, don’t like spicy foods, so sprinkle red pepper flakes or spray a mix of water and chopped peppers near groundhog tunnels and holes. You’ll have to reapply your pepper flakes or pepper spray after rain.

Perhaps one of the most humane ways to get rid of groundhogs is to trap them and then release them somewhere far away. Groundhogs are not usually aggressive animals but will bite when they feel threatened, so please wear thick gloves when catching and releasing. Trapping, however, requires a few steps:

Related:  15 Ways to Keep Squirrels Out of Your Garden 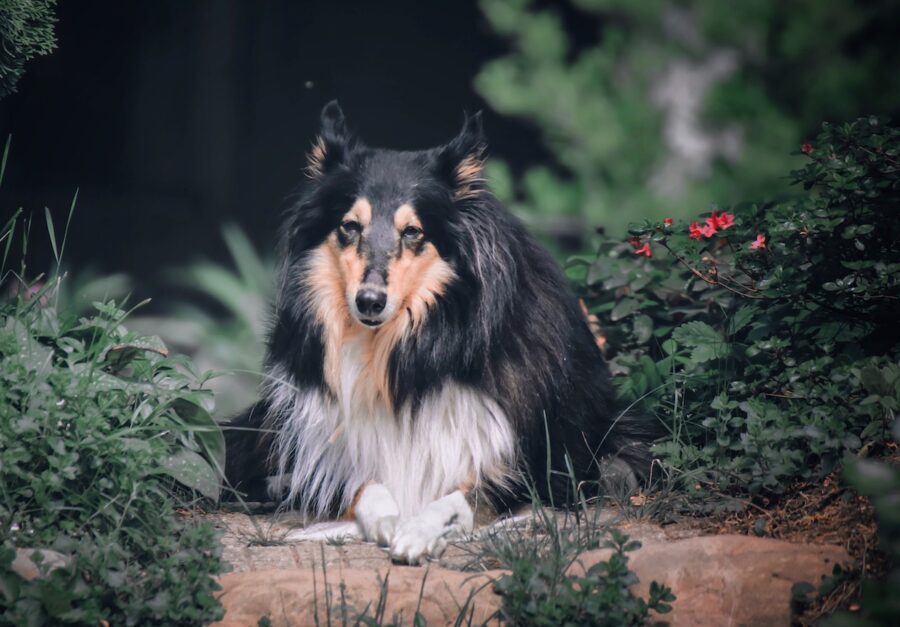 If you have a pet, then this is a useful way to get rid of groundhogs. Dogs and cats pose a threat to the groundhog and are seen as predators. The groundhog will move someplace else if it feels like it can’t live in peace. If you don’t have a dog or a cat or can’t get one, borrow some dog or cat urine and/or dog or cat hair and sprinkle it around your garden.

Okay so this is a little weird, but it works. Humans are seen as a threat to groundhogs, so for the same reasons that you should wear gloves if using a trap, placing human hair around the groundhogs’ burrow will give them the scent that a human is nearby. This will certainly get them to move on.

Groundhogs aren’t a fan of vibrations, and if they feel that their homes are under threat, they will likely move. Place lawn windmills, spinning pinwheels, or a vibrating sonic device near the entrance of their burrow or on top of their burrow to scare the groundhogs away. Windchimes are also a good way of disturbing them. 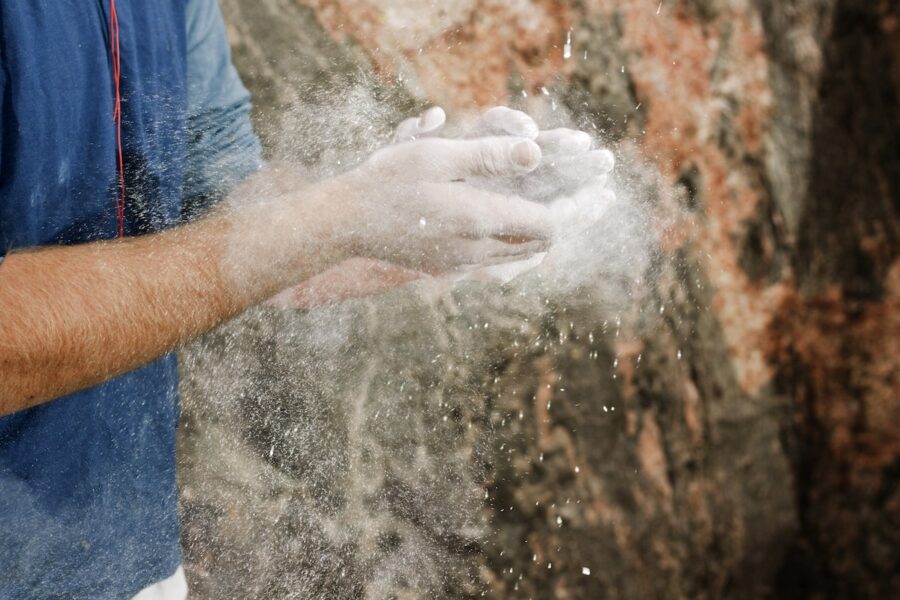 Groundhogs will steer clear of anything treated with talcum powder because they hate the smell, so it is effective in preventing groundhogs from eating your garden, but it may not be strong enough to deter them from burrowing and creating tunnels in your yard.

Related:  Carpenter Ants vs Black Ants: How Do They Differ?

Chicken wire is an effective way of deterring groundhogs, especially if you place it 2-feet underground and 3-feet overground. That way, they will have trouble digging underground or climbing over.

This method takes a certain type of person, but it is certainly effective. Apparently, groundhogs are supposed to taste nice, but we don’t think that is something that we will be testing for ourselves anytime soon *laughs nervously. Be sure to remove the scent glands from under the armpits. If you don’t, they can ruin the meat. The scent gland looks like a yellow kernel of fat.

If you take some castor oil and pour it around the groundhog hole, it will make the groundhogs move away because they hate the smell. Be sure to apply the oil when they can’t see you though, otherwise, they will just stay burrowed. 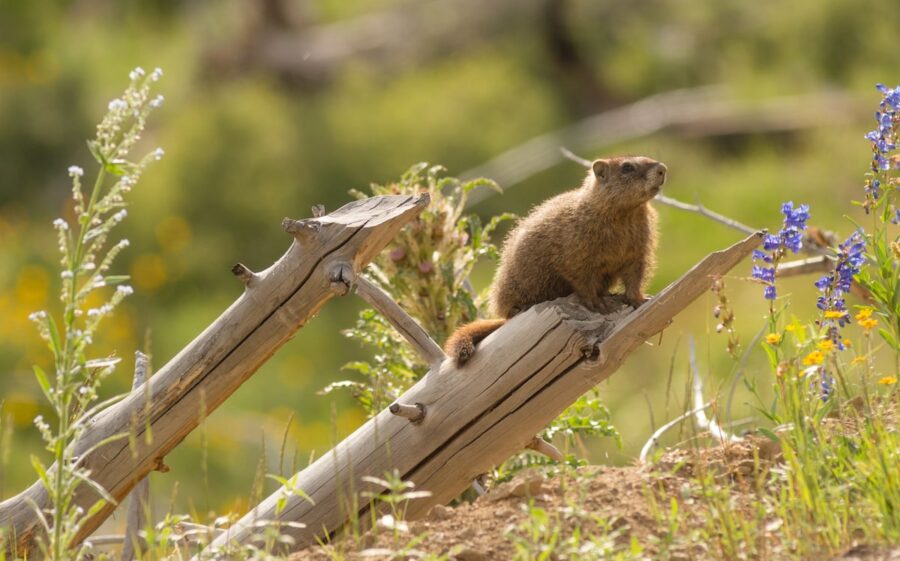 Do groundhogs live in groups or on their own?

Groundhogs are diurnal and solitary non-social animals. The home range of dominant males usually overlaps with the ranges of 2 or more females. Subordinate males live nomadic life. Groundhogs usually build summer and winter dens which typically have several entrances (and an escape hole) with many tunnels and chambers

Are Groundhogs good for the environment?

Not really. Groundhogs eat crops and destroy pastures with their burrowing, even injuring livestock that inadvertently steps in groundhog holes. Their burrowing can also cause structural damage to yards, porches, and sheds. They can also carry several parasites, including ticks, chiggers, fleas, botflies, and lice.

What do groundhogs do in the summer?

Groundhogs eat crops and destroy pastures with their burrowing, even injuring livestock that inadvertently steps in groundhog holes. Their burrowing can also cause structural damage to yards, porches, and sheds. They can also carry several parasites, including ticks, chiggers, fleas, botflies, and lice.

By how much do a groundhog’s incisors grow every week?

During the warm months, a groundhog’s incisors grow about a sixteenth of an inch (1.6 millimetres) each week to keep up with their frenzied eating schedule, according to the National Wildlife Federation

Where are groundhogs found?

Groundhogs are found only in North America, from Canada down to the southern United States.