Do wasps make honey? That sounds like a weird question. Most of us acknowledge bees as the sole honey yielders on planet earth, whereas wasps are credited as potential stingers. Wasps are, in essence, honey thieves! Yes, these pesky insects consume nectar to obtain energy and devour pollen for nutrition. But there’s more.

It turns out that bees aren’t the only winged creatures contributing to honey reserves! The Brachygastra mellifica, or the Mexican honey wasp, is one of the very few species of wasps that produces honey. This specie produces only enough sugary syrup to replenish its own nutritional reserves.

Let’s dive deeper into the biological basis of wasps and their never-ending lust for honey!

How Do Wasps Eat Honey? 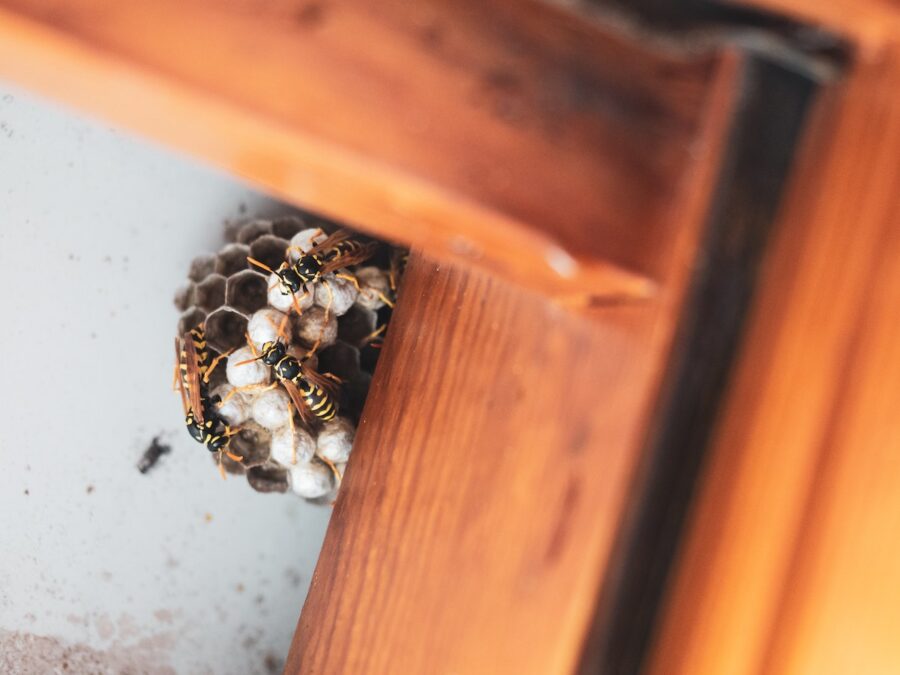 It’s a common misconception that wasps would produce honey the same way bees would and then consume this syrup as a part of their diet.

The honey produced by bees serves as a source of nutrients for them; once consumed, bees harness enough energy to make more of it in their bee hives.

Related:  What Are Meat Bees (Yellow Jackets) And How Do You Get Rid Of Them?

1. Not all wasps make honey

Both bees and wasps consume nectar from flowers during the process of pollination, which is an essential part of plant reproduction since it caters to the fertilization of the flower.

Upon consuming nectar, pollination occurs. Bees now have the optimum nutritional reserves to create honey via regurgitation. Bumblebees and honeybees are the primary honey yielders from the bee family.

Wasps, however, do not carry out regurgitation. Not all wasps, at least (apart from the Mexican honey wasp).

Moreover, wasps execute relatively poor efficiency at pollination than bees do. The reason for this is perhaps their lack of pricky, furry body hair that would ensure successful pollen adherence, unlike the bees.

2. Wasps eat other insects too

Wasps can’t solely rely on honey; it is a luxury that only honey bees can enjoy. So they do what they must to fill their bellies and survive harsh seasons.

Some wasp varieties, such as the yellow jacket wasp and the bald-faced hornets, relish tiny spiders, flies, caterpillars, and grasshoppers. These insects are not fast-paced, and wasps make use of their sluggish pace to prey on them.

3. Wasps are designed to sting and prey

Mother nature has bestowed a competent set of sharp jaws to this species. Wasps not only have stingers to fend off alarming threats but a pair of fine jaws to chew through insects and bring home the remnants to feed their offspring (or larvae).

Related:  Balcony Gardening – Is This Green Trend Worth It?

Wasps are not to be meddled with, as they channel their aggression through painful attacks! However, they also help control the insect population and are thus an essential part of the ecosystem.

4. Wasps can not carry pollen efficiently

We’ve already discussed how wasps aren’t the best candidates for pollination, given their gross anatomy and features.

Nevertheless, wasps do carry out pollination, albeit poorly.

These winged insects actively consume pollen since it is a significant source of proteins for them. However, carrying pollen as bees would is a capability they can not surpass.

Bees have much more bushy, fur-laden bodies that easily allows pollen grains to stick. The bees then carry this pollen from one flower to another, promoting pollination while consuming it to nourish their insides!

Wasps, on the other hand, use their legs equipped with receptacles to take home only small amounts of pollen.

If you want to see both these insects combating one another, click here!

You’ll probably come across a swarm of wasps circling garbage cans. Why? Garbage cans are oozing with soda cans, slushies, fruits, juices, and leftovers that form a gobsmacking meal for these wasps.

The truth is that wasps are crazy about synthetic beverages and food items with high sugar content. They also like to put their sharp jaws to good use upon encountering decomposing meat!

Related:  The Best Watering Schedule for Your Veggie Garden

Bees make a whole lot of honey to satisfy their sugar cravings. Just because their cousins lack the ability to develop sugary syrups doesn’t mean they will refrain from hunting it down.

They have a rather aggressive approach to this theft, which makes them successful honey thieves. They are larger in size than the bees and have lethal stingers to help them clear the path leading to oozing beehives. 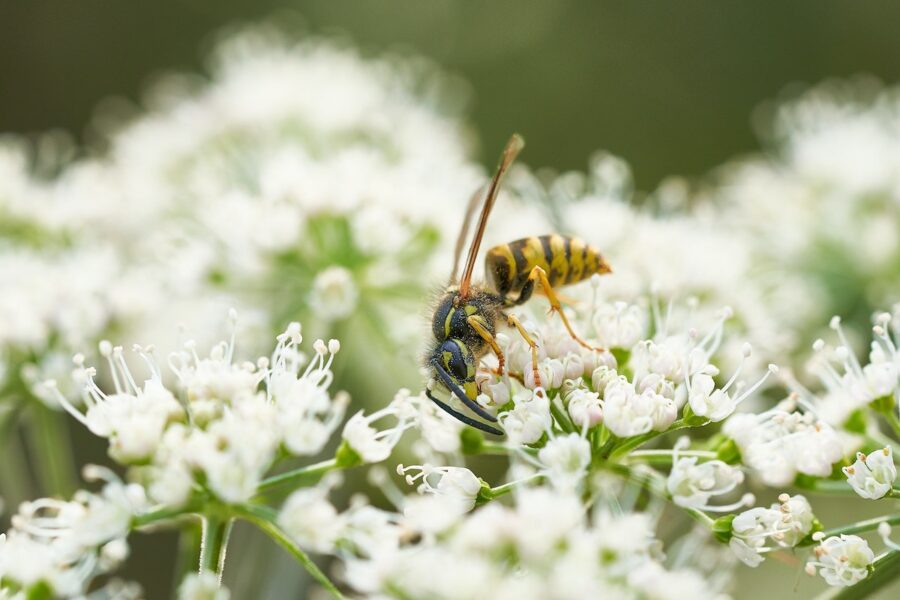 Can wasps sting more than once?

Wasps differ from bees in many ways. They can sting more than once because their stinger remains intact indefinitely, unlike bees whose stinger is lost to the victim’s skin upon attack.

Wasps have sharp stingers that can deliver venom to human skin, eliciting an extremely painful response.

This might come as a shock, but research suggests that bees and wasps have the ability to recognize and remember faces. The Polistes fuscatus paper wasps have an eerily sharp memory which enables them to record faces in their directory rather sharply.

What is the lifespan of a wasp?

Social wasps have a lifespan of about 12-22 days whereas the queen wasps’ death occurs annually.