What if I tell you that humans aren’t the only ones afflicted by climate change? Bees have also become subject to the dilemma. What’s more daunting is that bees play a crucial role in the ecosystem that most of us are unaware of!

Bees are an integral part of our planet and everyday lives, but what would happen if they were to go extinct?

Why Are Bees Extremely Important for Human Beings? 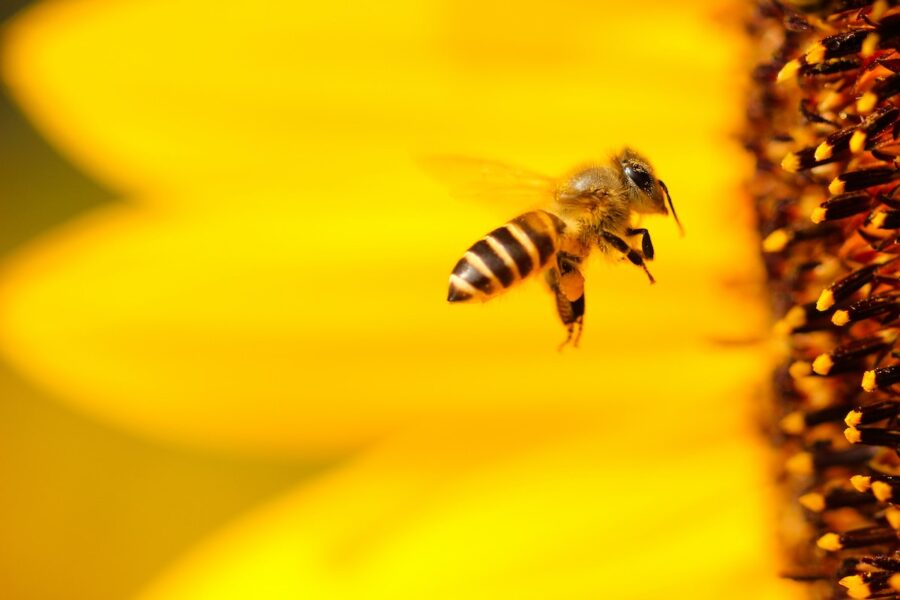 Most of us believe that bees are only good for the providence of delicious, liquid gold that humans conveniently sell in bottled jars. However, there’s much more to bees than just honey.

Bees are also important from an economic point of view as they pollinate the crops efficiently; hand pollination takes time and billions of dollars if accounted for annually!

Bees contribute 14 billion dollars to the value of US crop production. 2.4 million colonies of bees in the US have the potential to travel and pollinate crops all over the states. Crops such as cherries and blueberries are heavily dependent on insect pollination.

Source of facts and figures: Bee Control of Pittsburgh

80% of the world’s pollination is attributed to bees. Humans extract a wide range of by-products from bees, such as beeswax used in candles, crayons, and the cosmetic industry.

The by-products are also used for medicinal purposes in several muscular and immune-system-related diseases.

The Mysterious Disappearance of Bees – Are Humans to Blame?

Come late 1990s, we witness a drastic reduction in the population of bees. What happened to them and where did they go?

Bees along with other useful pollinators have gone missing, and their population is declining because of human activities that are detrimental to their existence.

The Industrial Revolution originated in Great Britain. Despite opening numerous portals of opportunities and prosperity, the movement has caused a steady decline in environmental health.

Industrial agriculture, parasites, the use of insect repellents, global warming, and the use of chemical pesticides have together formed a whirlpool of environmental destruction. And our winged friends are the ones who suffered the most.

Why Should We Care If Bees Go Extinct?

We know that bees contribute to 80% of the world’s pollination, but why exactly is pollination important to us?

The plants that rely on pollination for reproduction will not survive if there are no bees left. This means that the delicate balance of the ecosystems that these plants are a part of would become adversely impacted.

Other species that are a part of this ecosystem and rely on these plants as a food source would also start to die; this cascade would gradually put the most crucial key players in the ecosystem on the brink of extinction.

Ultimately, this will also impact our food supply because bees are responsible for pollinating our most cherished fruits and vegetables.

We could possibly be witnessing an economic crisis and food shortage in the years ahead if preventative measures are not taken immediately.

Moreover, it’s important to acknowledge that humans are not the only species consuming fruits and vegetables.

The food for dairy cows and buffalos consists of foliage that relies on pollination. Sadly, other species cannot even use alternative food sources, unlike humans.

If we look at the bigger picture, the situation is a painting of a dire scenario.

We are all part of a food web made up of delicate food chains, and the extinction of one species would ultimately affect all species.

What Is Driving Bees To Extinction?

There are a variety of factors posing pressure on all bee species throughout the world. In North America, there are 50% fewer bumblebees than there were in 1974. Similarly, in Europe, there was a 17% decline in bumblebees as compared to the 20th century. 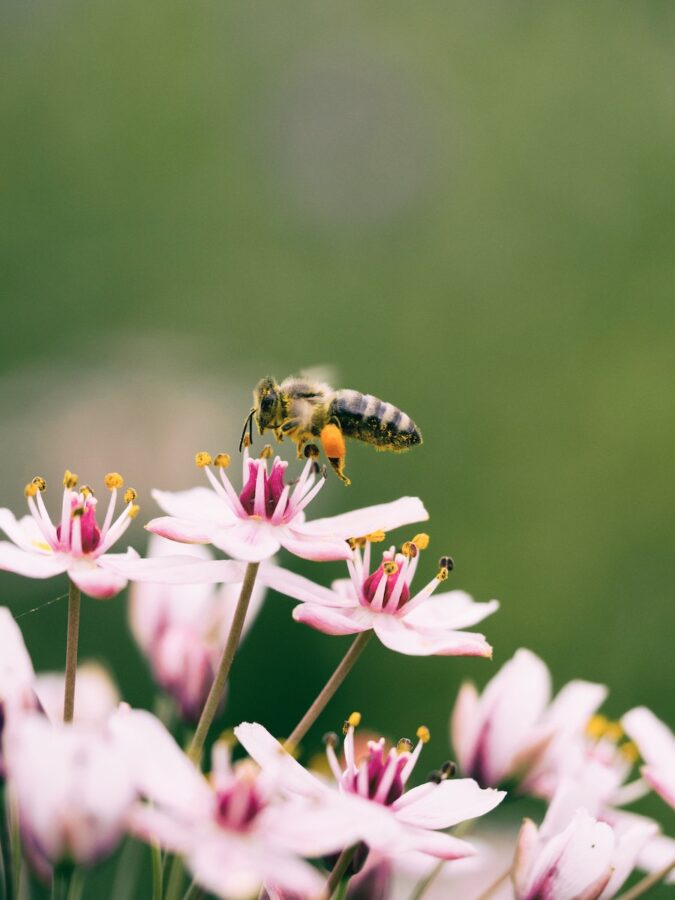 Predators and disease-causing pathogens are harmful to any species.

The Asian Hornet, like its name, is native to Asia and is the world’s most giant hornet. It was mistakenly introduced in France through a container of Chinese pottery.

Since then, it has multiplied at an alarming rate in Europe, and its invasion has posed a serious threat to bees, as only one hornet is needed to kill an entire hive!

If we talk about pathogens, the ones that pose the greatest threat to the bees are two parasites named tracheal and varroa mites. Tracheal mites invade the honeybee and dismantle it from the inside, whereas varroa mites live outside the hive and affect the upbringing of the younger bees by causing diseases that affect their wings.

Related:  The Basics Behind Caring For Your Bridal Veil Plant

Bees are subtle creatures that thrive in a cool environment.

As the Earth is warming up over the years due to global warming, bees are forced to move to higher altitudes for cooler temperatures to survive. This has resulted in a loss of their natural habitat.

Furthermore, high temperatures are also adversely affecting the plants that the bees use for pollination. A shortage of such plants is likely to culminate in a pathway of disaster for our winged friends.

Land cleared for agriculture farming has long been associated with a decline in biodiversity.

A decline in biodiversity means less variety of food sources for different species of bees to consume; this has resulted in the reduction of the variety of bees.

Biodiversity loss will leave behind common bee species, which will start to replace the rare, unique species. Such ecosystems without biodiversity are more susceptible to minor changes and are unable to withstand external pressures.

Farming also takes away the space needed for bees to nest. Destruction of their natural habitat also affects their number, ultimately driving them towards extinction. 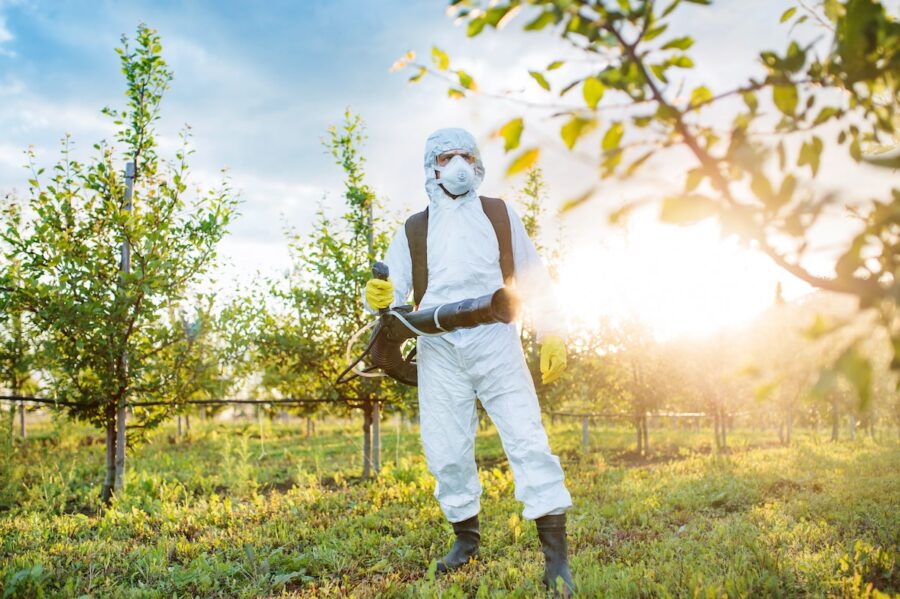 Chemical pesticides are categorized into three types: insecticides, herbicides, and fungicides. The most harmful of these are insecticides and herbicides.

In addition, herbicides are used five times more in farming than insecticides. They are primarily used to kill weeds and wild plants, which may be beneficial to our crops but put bees in a vulnerable position.

How Can We Help? 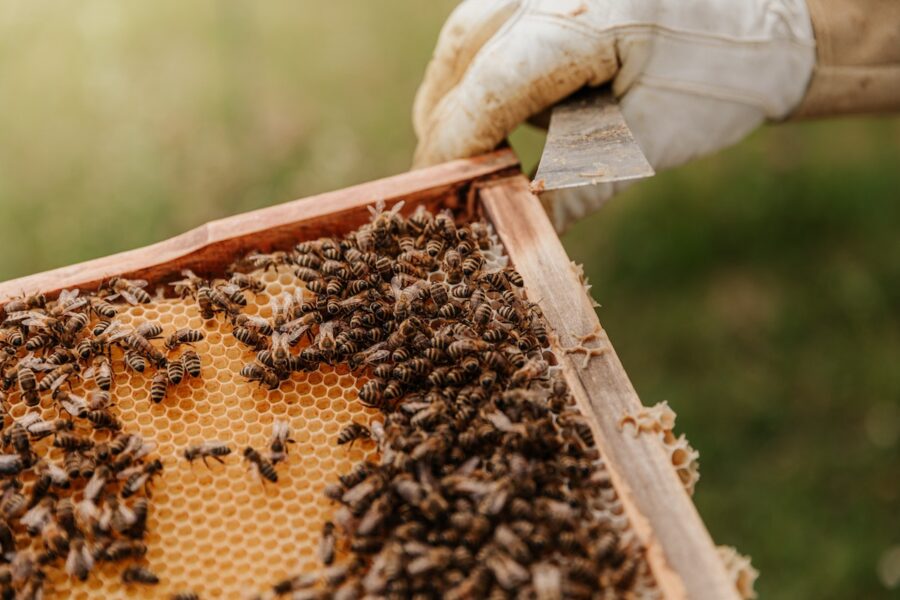 With such daunting facts and figures, we must realize the importance of bees and their noble contribution to the ecosystem, biodiversity, food, and even our economy!

We must prevent their declining numbers at all costs.

So what can we do to minimize these elements of extinction?

Here are a few changes we can make to save the bees:

If you are an avid gardener or plant enthusiast, your role may be game-changing – now more than ever!

Try planting plants that attract bees. Bees usually gravitate toward vibrant colors and flowering trees such as Oranges or Tulips and pollinator-friendly plants such as rosemary or sunflowers.

Related:  Top 8 Ways to Banish Sweat Bees From Your Garden

Say No To Pesticides

Usage of natural and organic pesticides is not only beneficial for bees but also for humans in the long run.

The European Union imposed a ban on neonicotinoids in 2013, causing farmers to switch to organic alternatives.

If we continue and encourage this practice of switching over to organic and chemical-free alternatives, we can help bees and other species that are facing a threat of extinction. 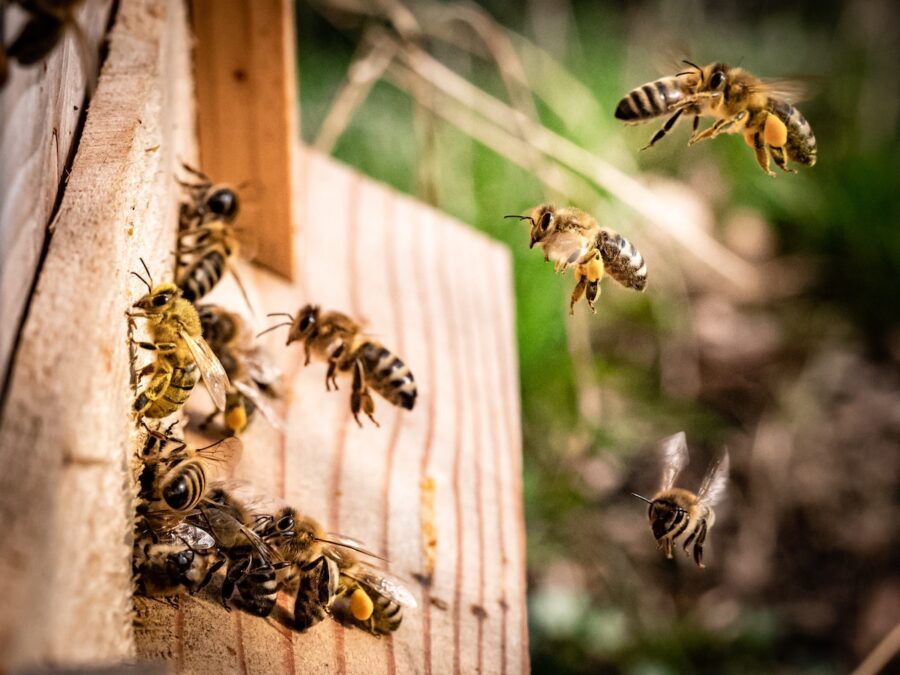 A little wilderness never hurt anybody.

Bees like to take shelter amongst dead leaves and branches, animal burrows, and underground tunnels.

We can provide such an environment by letting foliage overgrow; moreover, before you clear out the leaf litter after harvest, give it some time to that the bees can seek refuge in it.

This also provides food for the bees as well as shelter.

Weeds aren’t always the bad guy, you know! Keeping your garden neat and tidy is a good practice, but allowing a few plants to grow outside their designated premises will be beneficial for you and other species. Besides, a ruffled and expansive look will give your landscape a rustic look!

For example, Dandelions are the weeds feared by gardeners, but they are an excellent source of nectar. Allowing them to grow in your garden in a controlled manner would be beneficial for pollinators, and you can use the pretty, yellow flowers to decorate your kitchen table!

The bee-keeping community has effectively protected the honey bee for many years. As more people are becoming aware of the possible extinction of rare species of bees, bee-keeping farmers are changing farming strategies to cater to those notable, unique species as well.

As a community, we should encourage bee-keeping farming courses for beginners so people would be motivated to start bee-keeping, which will be beneficial to bee colonies.

After all, our supply of sweet, organic honey also depends on bee-farming. 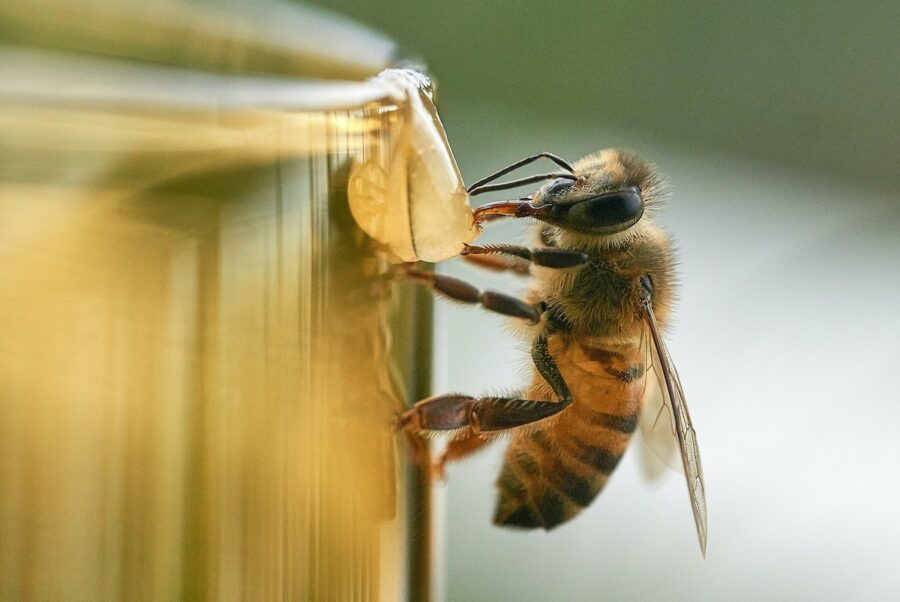 Where do bees store pollen?

Bees store pollen on their hind legs, it is where the pollen gets trapped within the long hairs. The trapped pollen is then moistened with nectar and stored in corbiculae pellets.

Where do bees go in winters?

The bees take refuge in their hives when the temperatures drop below 10C and form clusters together to generate heat.

Will bees refuse to return to an old nest?

Bees do not return to an old hive. Once they leave or abandon it for any reason, they are not known to return to the same place.